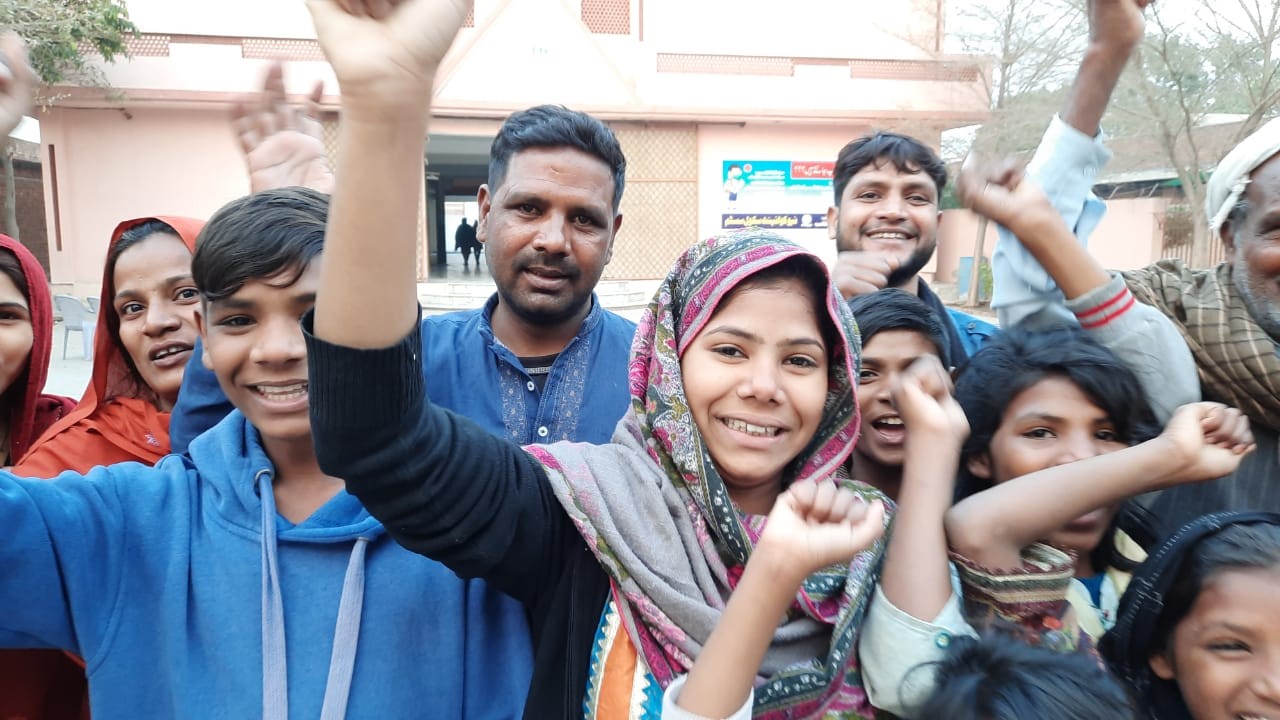 17
Feb, 2021
Aid the the Church in Need (ACN) | Organisations
Court Returns Christian Girl To Her Family

A 12-year-old Christian girl in Pakistan shackled and enslaved by a man who made her marry him and convert is now back home after a court victory.

Faisalabad District and Sessions Court ruled on February 16 that Farah Shaheen should be allowed to return to her father and siblings after declaring that her marriage to 45-year-old Khizar Ahmed Ali was invalid as it had not been registered with the local authorities.

With an official birth certificate showing Farah to be 12, Judge Rana Masood Akhtar declared that medical tests ordered by the court giving her age as 16 or 17 were inconclusive.

The matter came to court after police discovered Farah last December in Mr Ali’s home with wounds to her hands and feet.

Farah reported that she had been attached to a chain, shackled hand and foot and that Mr Ali had forced her to work from dawn to dusk cleaning filth in a cattle yard.

Farah was taken to a women’s shelter in Faisalabad while the court heard a petition from her father, Asif Masih, for her to return home.

Announcing victory in the court yesterday, Bishop Iftikhar Indryas, who spearheaded the campaign for her to be reunited with her father, told Catholic charity Aid to the Church in Need (ACN): “Praise be Jesus Christ, mighty to save. Our little angel Farah is back home.”

He described how Farah broke down in tears when she heard the news and there were cries of “Alleluia” from family members.

There then followed an emotional reunion back at the family home where she now lives with her five siblings, her father and grandfather. She lost her mother four years ago.

Farah’s plight created headlines around the world amid reports that police had bungled an investigation to discover her whereabouts after her father reported her disappearance back in June.

Anger at police failure to act was heightened by widespread outrage at the medical report commissioned by the court after Farah had been recovered.

Friends and family of the girl said the report exaggerated Farah’s age, “fabricating” evidence from studies of her genitalia, teeth and bones.

The family described how Farah was severely traumatised by her experience at the home of Mr Ali and for a time was unable to speak.

The Movement for Solidarity and Peace in Pakistan states that every year up to 1,000 female Christians and Hindus aged between 12 and 25 are abducted by Muslim men, with forced marriage and conversion being commonplace as well as gang rape, trafficking and forced labour.

Bishop Indryas said: “Once and for all, Pakistan must end the forced conversion of our girls.

“Girls from Christian and other minority faith backgrounds are especially badly affected, and it is time the government brought this evil to an end.”

Mrs Bruce has brought the matter to the “urgent” attention of Home Secretary Priti Patel.