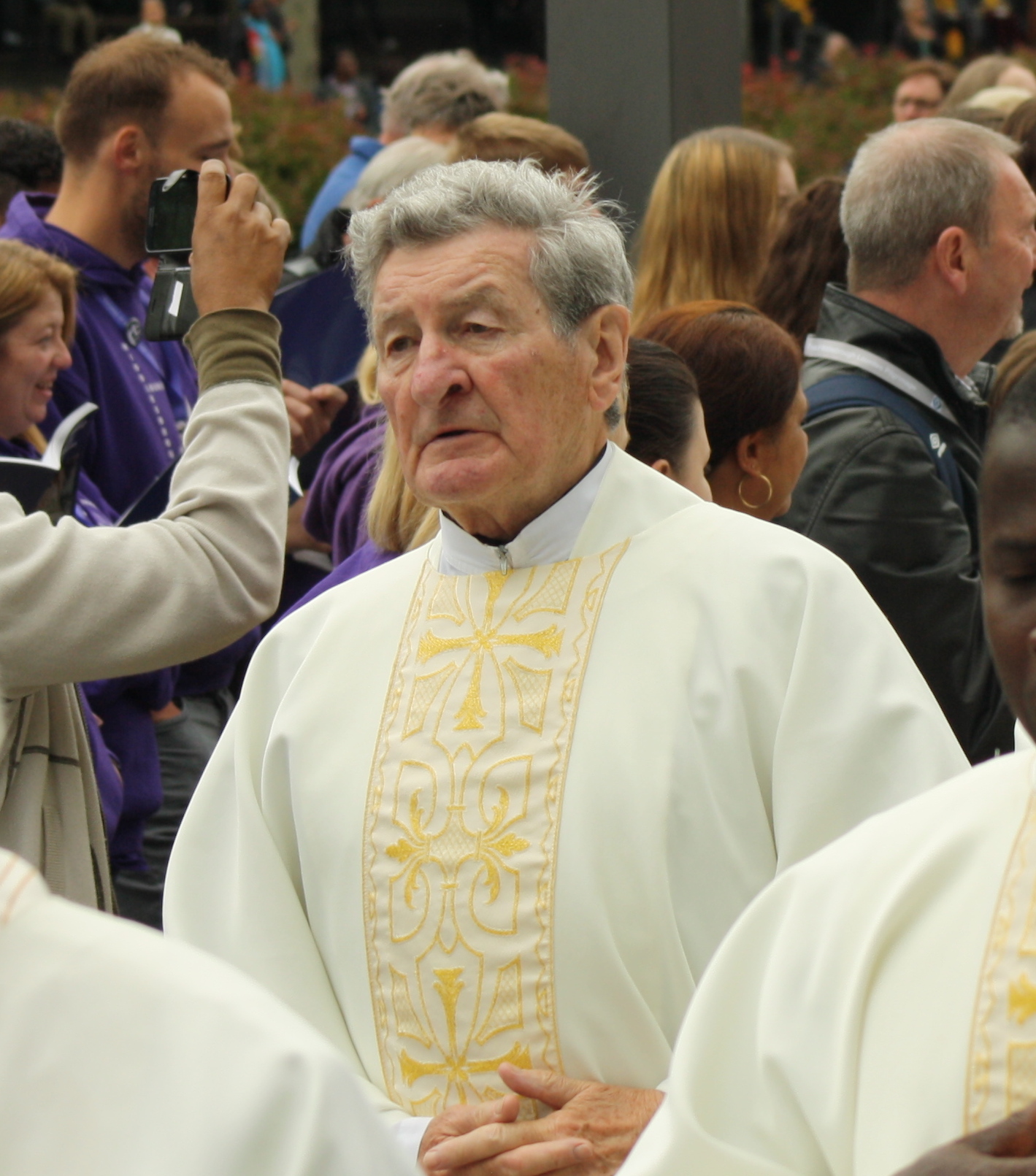 More than 4,000 people viewed a Mass celebrated on Facebook to mark the diamond anniversary of the priestly ordination of Father Peter Ryan.

Born in Limerick in the Republic of Ireland, Father Peter has ministered in the Diocese of Middlesbrough throughout that time, mainly on Teesside and the Esk Valley but also with a year in Hull.

He was ordained along with 14 others at Waterford Cathedral on June 16 1960 and was immediately posted to St Peter’s Church, South Bank.

There he built up a devoted following thanks to his gentle, caring and deeply spiritual ministry during two separate spells, the second as parish priest for 23 years, during which he became a well-known and much-loved member of the community.

During the service, Father Peter told those watching at home: “There’s a long list of blessings for which I want to give thanks and number one on my list of thanks is to every single one of you.

“You have been wonderful to me, you have made my life worthwhile, and it’s been a privilege to be part of your families, especially at times of sorrow or tragedy, it was marvellous to be able to help in some way.

“Then there were all the joyful occasions as well when you very generously included me, and I do appreciate it. I want to thank you from the bottom of my heart for being who you are.”

He spoke about the importance of friendship, adding: “I’ve also shared friendship with groups of people and one that made a huge difference to my life was in 1971 when I was invited to be chaplain to the Fellowship.

“I couldn’t believe what I was experiencing – this was friendship, love and humour of the very highest. That fellowship is still very strong after all these years and we still share friendship, love, humour and loyalty.

“I hope that when normality returns, we can all be face to face again.”

“There’s a long list of blessings for which I want to give thanks and number one on my list of thanks is to every single one of you.”

Canon John Lumley, parish priest of St Gabriel’s Church in Ormesby, where the service was held, said: “Father Peter arrived at St Peter’s fresh from ordination in the summer of 1960 and baptised me that September.

“When he first arrived as a newly ordained curate, South Bank was a busy, thriving, community. He came back years later to be its parish priest when it was a depressed and some would say dying community.

“He faithfully served the people of that area in good times and bad for so many years, as well as many other parishes too.

“He is a man who genuinely knows how to create, build and sustain communities of faith and love.”

Before the Mass, he was presented with cards, gifts and donations from his army well-wishers and afterwards a small, socially distanced reception committee stood outside to applaud him as he left the church.