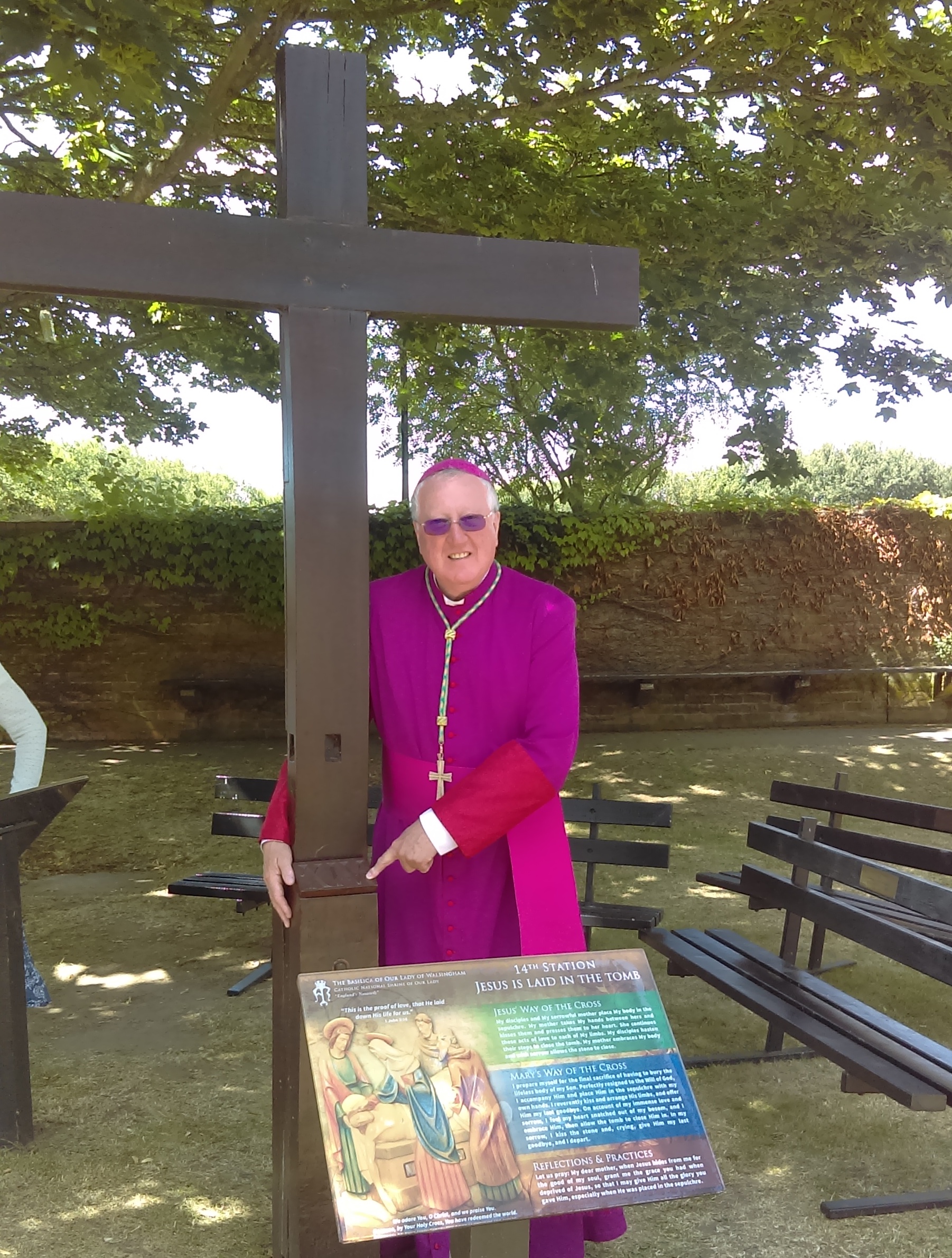 Bishop Terry is pictured with the 14th Station of the Cross on the 70th anniversary of it being carried to Walsingham by a group from Middlesbrough in July 1948.

The board shows that they walked 236 miles, further than any of the other stations brought from around the country. 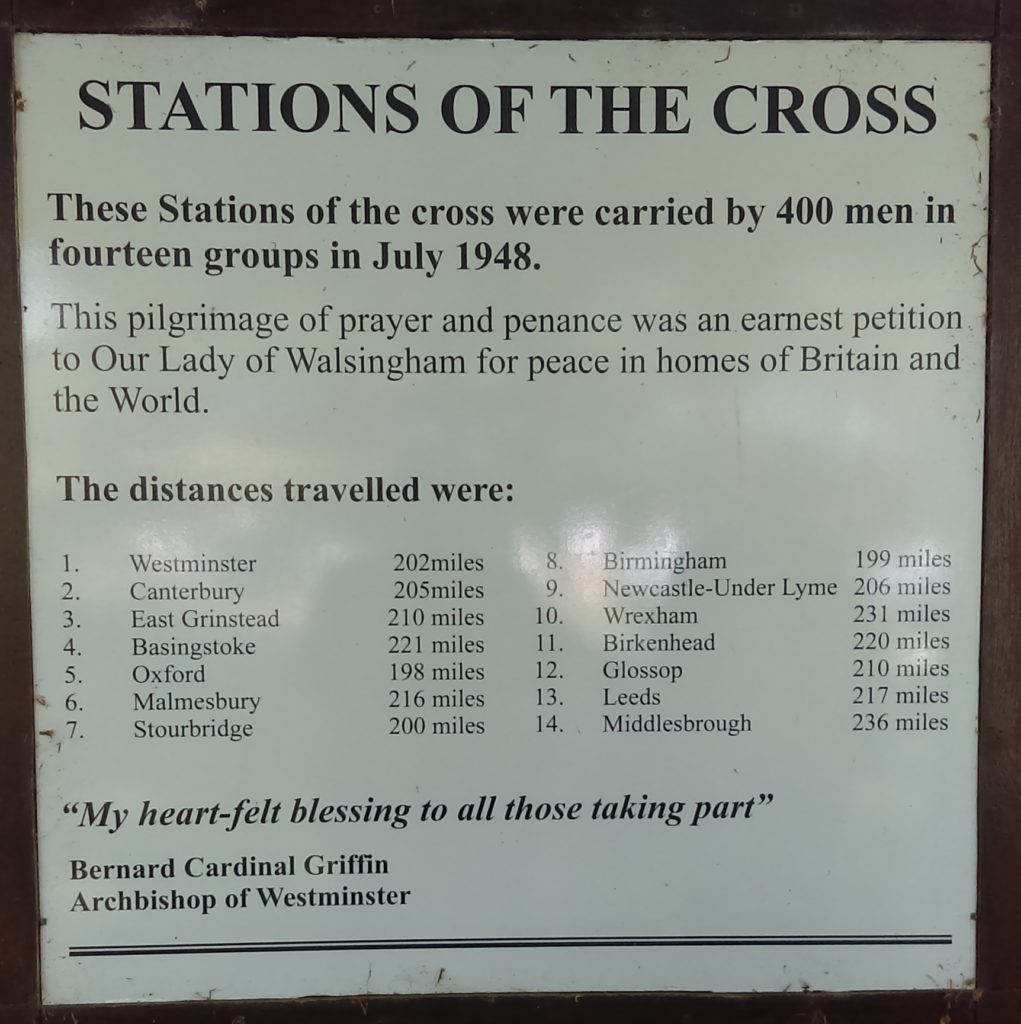 The plaque on the 14th station at Walsingham

The group, including seminarians Kevin Coughlin, Liam Carson and Tony Bickerstaffe, set off from the old cathedral and stayed in schools, church halls and private houses along the way.

Bishop Terry was taking part in the UCM’s 73rd annual pilgrimage to the East Anglian shrine, which this year was led by the group from our diocese.