The diocese consists of the boroughs of Middlesbrough, Redcar and Cleveland, Stockton-on-Tees (south of the river), the cities of Kingston upon Hull and York, East Yorkshire and most of North Yorkshire.

The Diocese of Middlesbrough is a Latin Rite Roman Catholic diocese situated in the province of Liverpool. It was founded on December 20 1878, with the reconfiguring of the Diocese of Beverley, which had covered the whole of Yorkshire. The diocese now covers an area of 4,000 sq km.

In 1982 the two York parishes south of the River Ouse were ceded to the Diocese of Middlesbrough to unite the City of York under one bishop. The parish of Howden was transferred from Middlesbrough to the Leeds diocese in 2004.

Our Lady of Perpetual Help 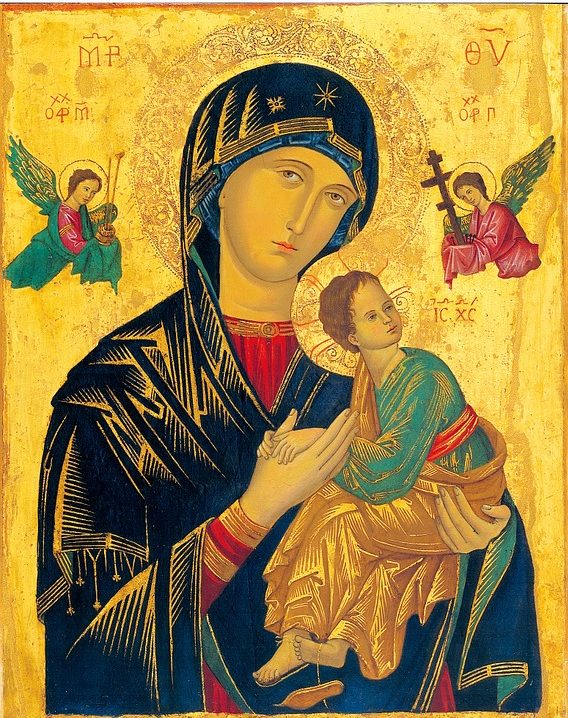 The miraculous image is kept in the Church of St Alhponsus Liguori in Rome.

The feast of Our Lady of Perpetual Help is on June 27.

St Wilfrid, who was Bishop of York from 664 until his death in 709, was the successful advocate for the Roman viewpoint at the Synod of Whitby, the Anglo-Saxon Church Council which decided the method for determining the date of Easter.

The feast of Saint Wilfrid is on October 12.

St John of Beverley studied at Canterbury under SS Adrian and Theodore before becoming a monk at Whitby. In 687 he became Bishop of Hexham and then, in 705, Metropolitan of York. We know much about St John of Beverley because it was he who ordained the first English historian, the Venerable Bede, who wrote of him and recorded miracles worked by him. St John founded the Beverley Abbey, to which he retired in 717. He died in 721.

St John’s tomb became a focus for pilgrimages in medieval times and King Henry V’s victory at Agincourt was attributed to the aid of St John and St John of Bridlington.