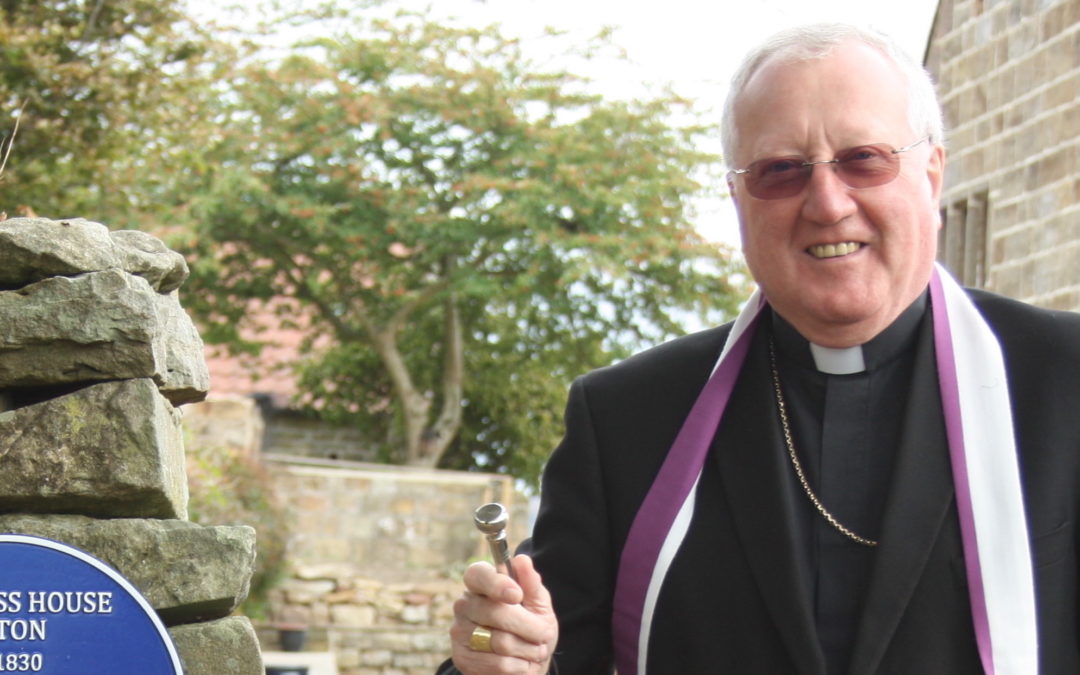 Bishop Terry has blessed a plaque erected by the Postgate Society on the site of the original Egton Mass House, which was used for the celebration of Mass in secret during penal times.

It was rediscovered in 1830 when a servant girl accidentally pushed her hand through the ceiling of a ground-floor room and found a roof space above containing an altar with vestments still laid out for Mass.

By the late 1920s the house had fallen into such a bad state of repair that it had to be demolished but the more modern building on the site is still known as “The Mass House”.

A small gathering of clergy and people attended the blessing ceremony and enjoyed a cup of tea afterwards in St Hedda’s school canteen in Egton Bridge.