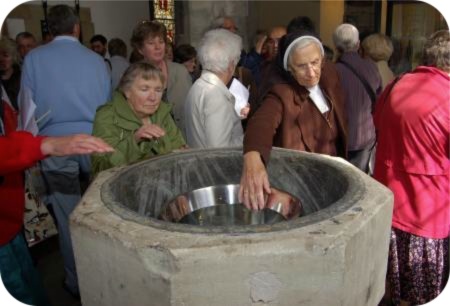 Members of York churches joined together on Bank Holiday Monday (30th August) for an ecumenical service in St Martin’s Church, Coney Street. Margaret Clitherow was baptised in the font which still stands in the church. The service marked the 40th anniversary of her canonisation. All those present were invited to renew their baptism vows and light a candle to signify hope and a commitment to work together. The service was led by the Very Rev Canon Michael Ryan, of St Wilfrid’s RC Church, and by the Rev Canon Malcolm Grundy. 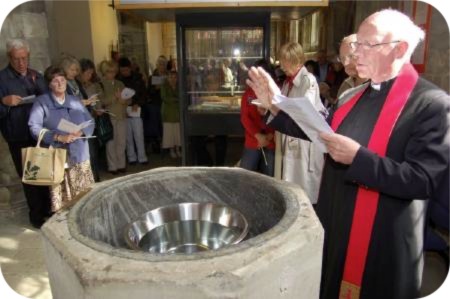 Margaret Clitherow was baptised in the very font which still stands in the church where her parents worshipped, and where she was married. She was somebody of strong Christian faith. Whatever the differences of understanding and politics that divided people of faith through the centuries, now is the time to work together in all possible ways.