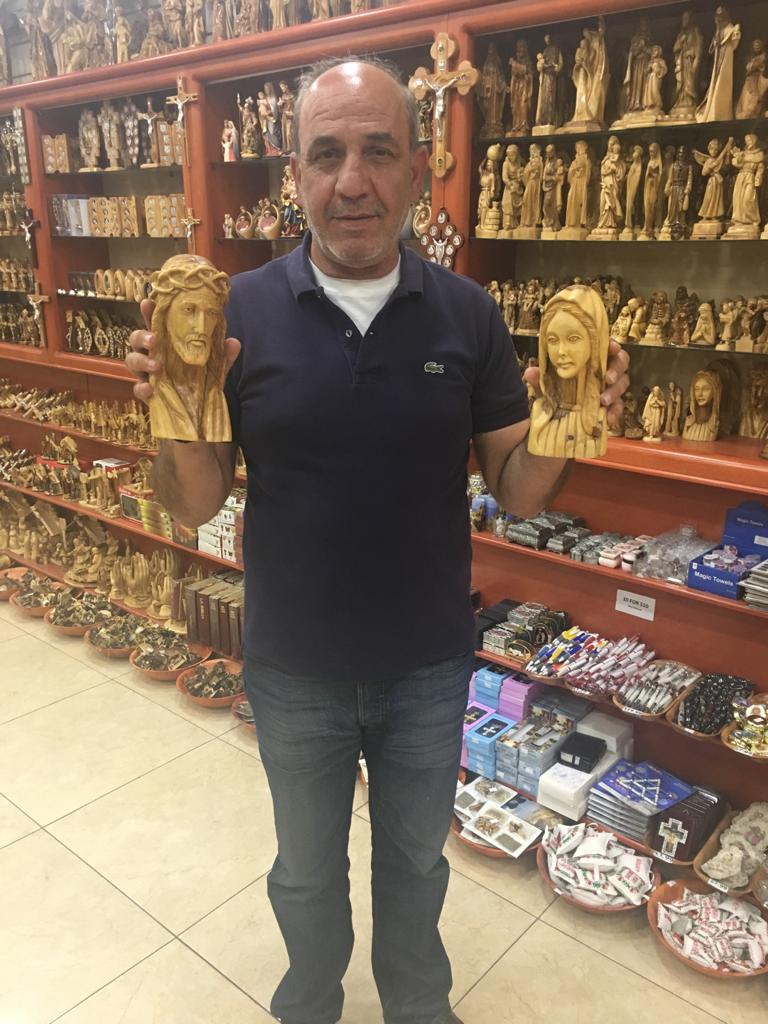 19
Nov, 2020
Friends of the Holy Land | Organisations
Charity Warns Of Bethlehem Disaster As Pilgrims Stay Away

As uncertainty continues around Christmas celebrations in the UK this year, the situation in the place where the Nativity story began is desperate, an aid charity has warned as it launched an appeal for funds.

Ecumenical charity Friends of the Holy Land, which supports Christian families in need around the Holy Land, says that far from there being no room at the inn, coronavirus has devastated livelihoods as bustling pilgrim hotspots are abandoned.

At a time of year when Bethlehem would be looking forward to welcoming over a million tourists and pilgrims to the Church of the Nativity and Manger Square, the streets are silent in what Friends of the Holy Land CEO Brendan Metcalfe has described as a “disaster” for the people of the region.

Around 80 per cent of Bethlehem’s residents are dependent on tourism for their income, from hotel workers, taxi drivers and tour guides to the artisans who make souvenirs and the shop workers who sell them.

Mr Metcalfe said: “People have flocked to Bethlehem for centuries, especially at Christmas. It seemed like a stable source of income. Nobody could have predicted the 2020 pandemic, or that this total collapse of tourism would last so long.

“The whole of the Holy Land is now suffering from a lack of visitors that is set to continue deep into 2021.”

Bethlehem churches who have also helped so far, are now running out of funds, and there is nothing forthcoming from the Palestinian Authority. There is no furlough scheme or other form of safety net, so people really need the aid we can give.

Even those who work outside the tourist sector are affected. People in professional jobs have had to agree to significant pay cuts to avoid redundancy – university and hospital staff in Bethlehem have had their pay cut by up to a quarter.

CEO of the Latin Patriarchate of Jerusalem, Sami El-Yousef, said: “It is certainly expected that the humanitarian situation will get much worse soon.

“Even on our institutional level, payment of tuition fees at our Palestinian Authority (PA) schools has hit an historical low since the beginning of the new school year, standing at just 11 per cent collection.

“Within two to three months, we may not have enough money to pay the salaries of our 1,350 employees in schools across the Palestinian Authority and Jordan.”

Help from small charities like Friends of the Holy Land has become a vital lifeline, Mr Metcalfe said.

“We have never had to support so many people through unemployment before. Bethlehem churches who have also helped so far, are now running out of funds, and there is nothing forthcoming from the Palestinian Authority. There is no furlough scheme or other form of safety net, so people really need the aid we can give.

“Our supporters in the UK have done an amazing job this year. But this tourism shutdown is lasting longer than anybody anticipated. We’ve launched a Christmas appeal to raise further funds to support as many of the families coming to us as we possibly can.

“We want to supply more emergency food and pay off urgent medical or utility bills that are plunging vulnerable families into debt. We think Bethlehem, of all places, should be able to enjoy Christmas.”

You can give to Friends of the Holy Land’s Christmas appeal here.

Find out more about the charity at friendsoftheholyland.org.uk or call 01926 512980.