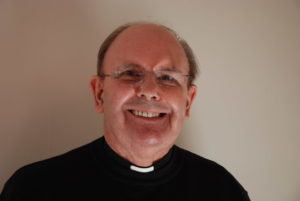 Deacon John Steel, who served in several parishes in our diocese as well as working as diocesan safeguarding coordinator, has died at the age of 73 after a long illness.

Born in Easington Colliery, County Durham, on March 14 1943, John had a variety of managerial jobs and was managing director of Stagecoach Cambus Holdings. After being ordained a deacon for the Diocese of East Anglia, he returned to the North East and was incardinated into the Diocese of Middlesbrough.

He worked at St Mary and Romuald Parish in Yarm and also in Thirsk Parish under a number of priests including Canon Alan Sheridan and Father James Blenkinsopp. He retired in 2014 and moved to Cambridgeshire with his wife Margaret. Sadly, he had cancer and recently contracted pneumonia and pleurisy.

His last visit to the diocese was for Sister Sheila’s funeral at the Bar Convent in York. Unfortunately, the cancer spread and he died on Thursday October 25.

Deacon Peter Warren worked alongside John for about five years in the curial offices and was his deputy in the safeguarding department.

“He was very dedicated to the work of the diocese and was instrumental in setting up its safeguarding structure,” he said. “He was equally dedicated to the parishes he worked in, taking a key role in their running and always putting the needs of the people first.”

Bishop Terry was among the mourners at Deacon John’s funeral at St Etheldreda’s, Ely, on Wednesday October 31. Canon Sheridan gave the eulogy and Deacon Ken Senior was one of the readers. As well as Margaret, he also leaves two sons, John and Michael, and five grandchildren.