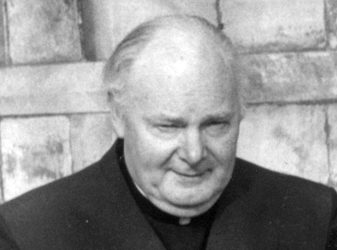 A much-loved priest who spent 32 years at St Paulinus in York from its foundation as a parish has died in Ireland at the age of 94.

Father Pat Grant was born in Thurles, Co Tipperary, on November 14 1923 and attended St Patrick’s Seminary in his hometown. He was ordained in June 1950 in the nearby Cathedral of the Assumption, in which he made his first confession, Holy Communion and confirmation, and where his funeral service also took place.

He served as curate at St Mary’s in Hull and in 1951 moved to the Sacred Heart Church in the city, serving until becoming curate at Corpus Christi, Middlesbrough, in 1960.

He was appointed parish priest of St Paulinus in 1968 and remained there until he retired in 2000. After remaining in the diocese for a short time, he moved along with his long-serving housekeeper Mary Costello to her hometown, Kilkee, County Clare.

In recent years he was cared for at Kilrush Nursing Home, Co Clare, where he passed away peacefully on Friday February 23.

The principal celebrant at Father Pat’s funeral on Monday February 26 was cathedral administrator Father James Purcell, with Archbishop Kieron O’Reilly of Cashel among the concelebrants. Also concelebrating was Father John McGrath, who was formerly on loan to our diocese, working in St Wilfrid’s, York. 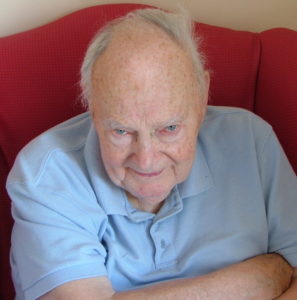 Canon Dan Spaight represented Bishop Terry, proclaiming the gospel and expressing words on behalf of the diocese at the end of Mass, in which he thanked Father Pat’s family for his long years of service.

Canon Spaight, who visited Father Pat just a couple of weeks before he died, also conducted the burial, in St Patrick’s Cemetery, Thurles.

“Pat’s family said he was always very attached to the cathedral and was determined to pursue his vocation to the priesthood,” he said.

“He was very well liked by the people and committed to his ministry and was known as a kind man with his own special sense of humour, which people appreciated.

“He had a reputation for being very good with the first holy communion preparation children. He was also an excellent fundraiser and one on occasion the committee asked him to find a celebrity to open the garden fete and he managed to persuade the Leeds United and Ireland footballer, Johnny Giles, to come and do it!

“He was a big Leeds’ fan and once tried unsuccessfully to get a ticket for a big match, so he wrote to the manager, Don Revie and received a letter back with a complimentary ticket inside it!

“He was also a keen golfer and before his retirement would play in Spain or the Algarve with a group of clergy during the winter.”

Father Pat was predeceased by his sister Kathleen and brothers John and Jimmy. He leaves sisters Mary and Josephine, sisters-in-law Claire and Babs and brother-in-law Arthur as well as nieces and nephews.

Canon Spaight and Father Pat Bluett are now the only retired priests of our diocese in Ireland after the deaths during the last year of Canon Bill Madden, Father Tom Ryan and Father Grant.