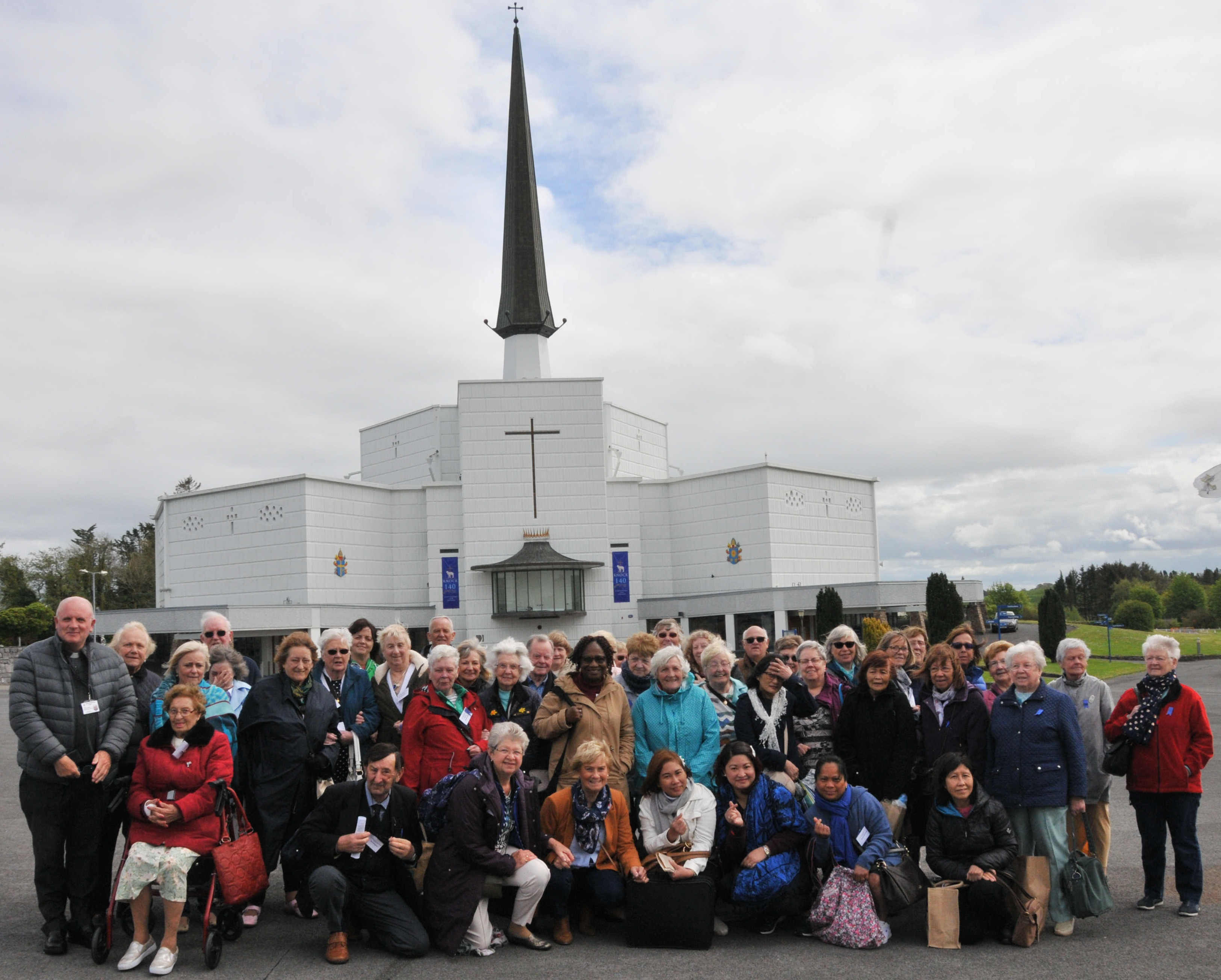 Many new friendships were made as pilgrims from Scarborough, Middlesbrough, Whitby and Redcar travelled to Knock for the 140th anniversary of the Apparition of the Virgin Mary.

We arrived very tired at our hotel in Kiltimagh, ten minutes from Knock, on Monday evening, having set off by coach at 1am. Four more pilgrims joined us by air. The next two days were spent exploring the shrine and the many beautiful areas that make up this large site.

The new Basilica that can hold 10,000 people is the central feature of the shrine and contains a 1.5m-piece mosaic of the apparition scene, which is a truly awesome sight to behold.

Stations of the Cross in a special outside garden area were led by our spiritual director Canon Eddie, who later concelebrated Mass in the parish church with priests from the shrine.

The original parish church gable wall, where the apparition took place in 1879, is now a separate chapel that is open for Mass and private devotion and where Canon Eddie was also able to celebrate Mass during our pilgrimage.

The group enjoyed a trip to Westport and Galway to see this very scenic part of Co Mayo before we travelled home via Belfast to Stranraer ferry. Our thanks go to Canon Eddie and organiser Rory Connelly for enabling this pilgrimage to be so successful and rewarding in many ways.