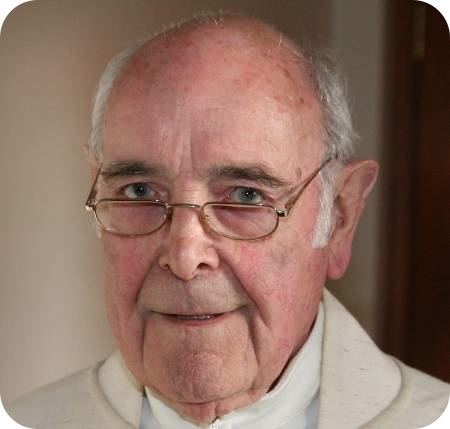 The funeral of a priest who served the Catholic population of Hull for half a century will take place in the city on Friday June 23.

Canon Michael Davern died on Saturday June 10 at the age of 93.

Born in Elton, County Limerick, on March 31 1924, he attended St Patrick’s Seminary in Thurles and was ordained in Thurles Cathedral on June 12 1949.

The young priest arrived in the Diocese of Middlesbrough that same year as assistant priest at Corpus Christi, Middlesbrough, remaining there until 1958.

He then moved to St Wilfrid’s in Hull as assistant priest from 1958 to 1967, when he was appointed parish priest at St Charles Borromeo, Hull, where he stayed until 1982.

In 1971 he was made a Canon of the Cathedral Chapter and was priest in residence at St Theresa’s from 1982 until 1983, when he was appointed parish priest at St Joseph’s. He became Provost of the Chapter in 1990.

Canon Michael retired in 2000 but remained in the Hull area. Father Pat Day, who is now at St Alphonsus in Middlesbrough, knew Canon Michael for around 30 years.

“He always said that when he retired be finally began to be a real priest, meaning there was no paperwork or bureaucracy and he was able to do what he was ordained to do, such as preach, baptise, marry and bury the dead,” he said.

“He also appreciated the importance of family and he’d always encourage me to go home to Ireland as often as possible. When he was a young priest, a long way from home, he’d only get to see his parents and family a couple of times in the year and he missed them.”

His mortal remains will be received into St Charles Borromeo on Thursday June 22 at 6pm. His funeral Mass will take place on the Solemnity of the Sacred Heart of Jesus Friday June 23 at 2pm.

“Canon Michael and his family are all in our prayers at this sad time,” said Vicar General Monsignor Gerard Robinson.

“We give thanks to God for Canon Michael’s generous and lengthy service to the Diocese of Middlesbrough. May God bless and reward him for his faithful ministry throughout his years as a priest.”