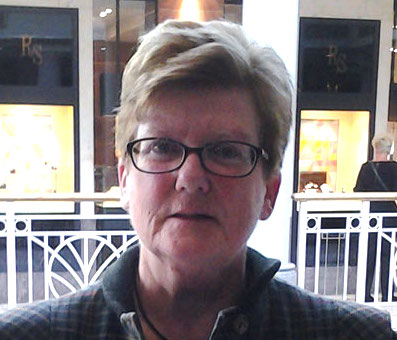 Journalist and writer Veronica Whitty will give a talk entitled “Gentle as silence: the life and hymns of Estelle White” at this month’s meeting of Cleveland Newman Circle.

Veronica leads Enneagram and dream workshops in the UK and abroad and as a teenager she volunteered to go to India with VSO, working in a Hindu orphanage and meeting Mother Teresa. She has retained a link with the Daughters of Charity, witnessing their work in Japan and Colombia.

She published her autobiography in 2007 and is currently writing a book on the single practicing Catholic laywoman.

A member of Pax Christi, she has worked in the Department of Interreligious Relations for the Diocese of Hexham and Newcastle, promoting a joint Christian and Muslim women’s event for the past seven years.

Born on Tyneside in 1925, Estelle White wrote more than 160 hymns, including As Bread My Lord Comes To Me, Oh The Love Of My Lord and O, The Love Of My Lord Is The Essence. She became a Catholic while living in Canada and later settled in Dewsbury. She died in 2011 at the age of 85.

The talk, on Wednesday November 21 in St Mary’s Cathedral Hall, Middlesbrough, begins at 7.45pm with tea and coffee served from 7.30pm onwards. All are welcome.

On Tuesday October 30 Stefano Cracolici gives his rescheduled talk on “Mater Admirabilis: the birth of a global sacred icon”.

Cheryl-Ann Smith, from the Madonna House community in Robin Hood’s Bay, gave an inspiring account of her conversion to Catholicism during a recent talk. Cheryl-Ann was 18 when she felt God’s love so deeply as the choir sang the Hallelujah chorus at a performance of Handel’s Messiah that it changed the whole course of her life.