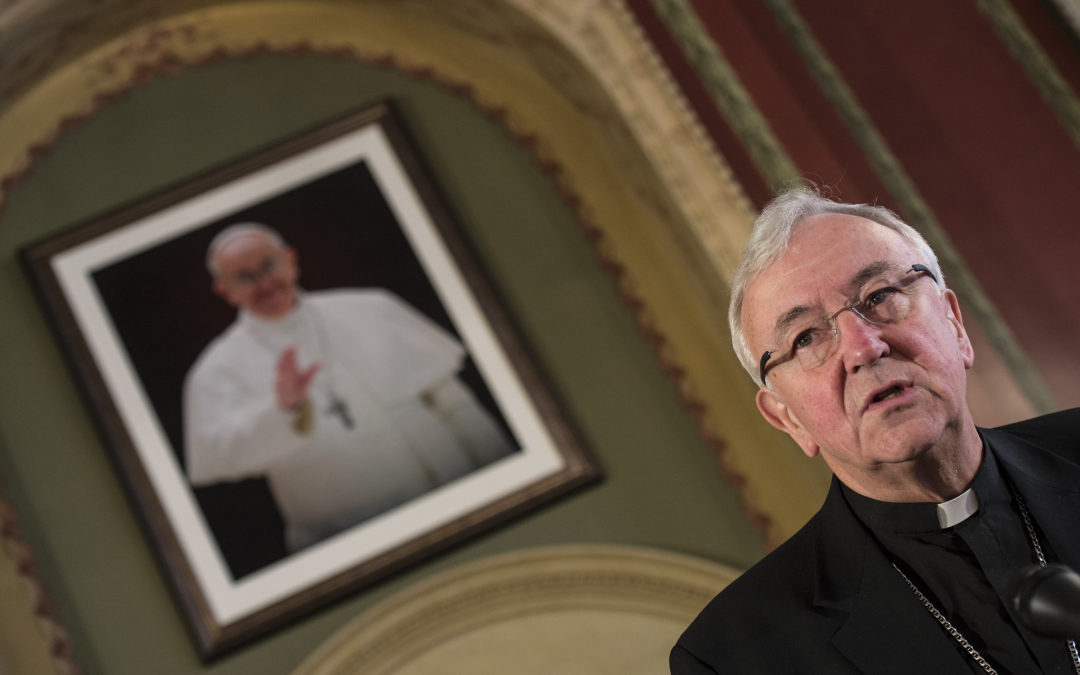 Christian leaders have called on the government to protect Christians facing persecution and to promote freedom of religion.

In a joint Catholic and Church of England document, Cardinal Vincent Nichols and Archbishop Justin Welby argued that the government should promote freedom of religion and belief as a fundamental human right.

They also called on the government to take a joined-up approach to freedom of religion and belief in foreign, aid, security, trade, resettlement and asylum policy, rather than treating it as an isolated diplomatic activity.

They were writing in response to the government-commissioned independent review of Foreign and Commonwealth Office support for persecuted Christians, launched by Foreign Secretary Jeremy Hunt earlier this year and led by Bishop of Truro Philip Mountstephen.

In their letter, Cardinal Nichols and Archbishop Welby said: “Christians form an important part of the social fabric in almost every country of the world.

“Yet in many places, our Christian sisters and brothers face persecution of an intensity and extent unprecedented in many centuries. This submission is shaped by their voices and by our commitment to make them heard.

“We must remember, too, that these threats to freedom of religion or belief are not restricted to Christians alone. Rather, it is a widespread experience of the followers of other faiths.

“Many are deprived of this basic expression of their human dignity. Similar threats are also faced by atheists and agnostics who seek to uphold crucial decisions of conscience.”

“We ask Her Majesty’s Government to take note of the practical recommendations offered by our churches in this submission and to take meaningful action not only in protecting Christians facing persecution but also in promoting freedom of religion and belief more widely.”

The call was echoed by Archbishop Bashar Warda, Chaldean Catholic Archbishop of Erbil, Kurdistan Iraq, where Christians were chased from their homes in 2014 as ISIS took hold in Northern Iraq.

Archbishop Warda said: “The UK government has taken the first courageous step to have the global review into Christian persecution. The next courageous step is to come and listen to those who suffer and witness the persecution, the destruction, the displacement and the frightening figures of persecuted flight.

“The Church in England and Wales is a great support to us here in Iraq. Cardinal Nichols made a great impact when he came here in 2015 to see and experience our situation at first hand.”