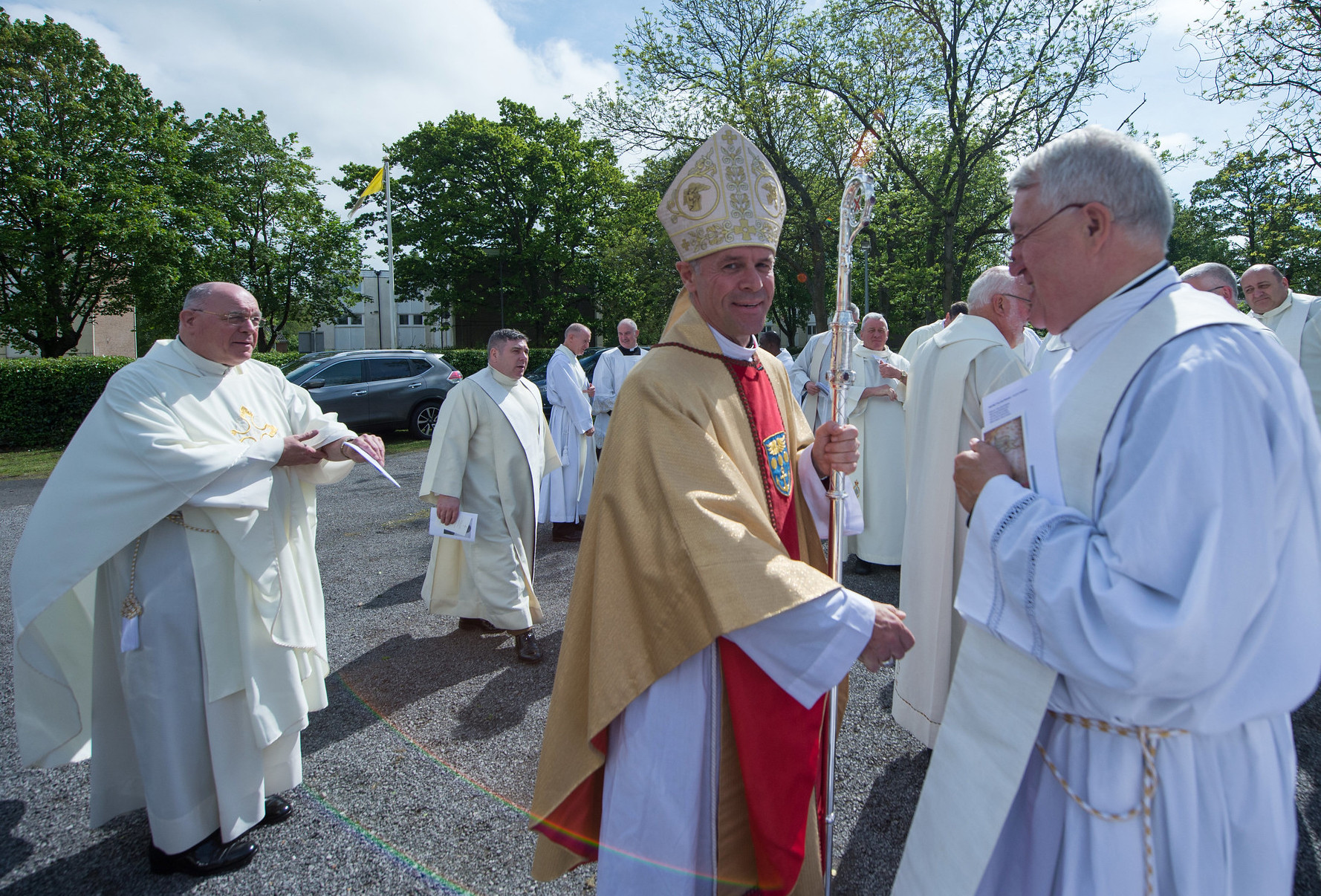 Monsignor David Hogan represented Bishop Terry at a Mass to celebrate 90 years since the foundation of St Joan of Arc Catholic Memorial Church at Catterick Garrison.

The church was intended to be a single, national, memorial to all Catholics of the Army and RAF who fell in World War I and was completed in 1930.

The architect was George Drysdale FRIBA, former head of the Birmingham School of Architecture and the external statue of St Joan was by George Walker Milburn. 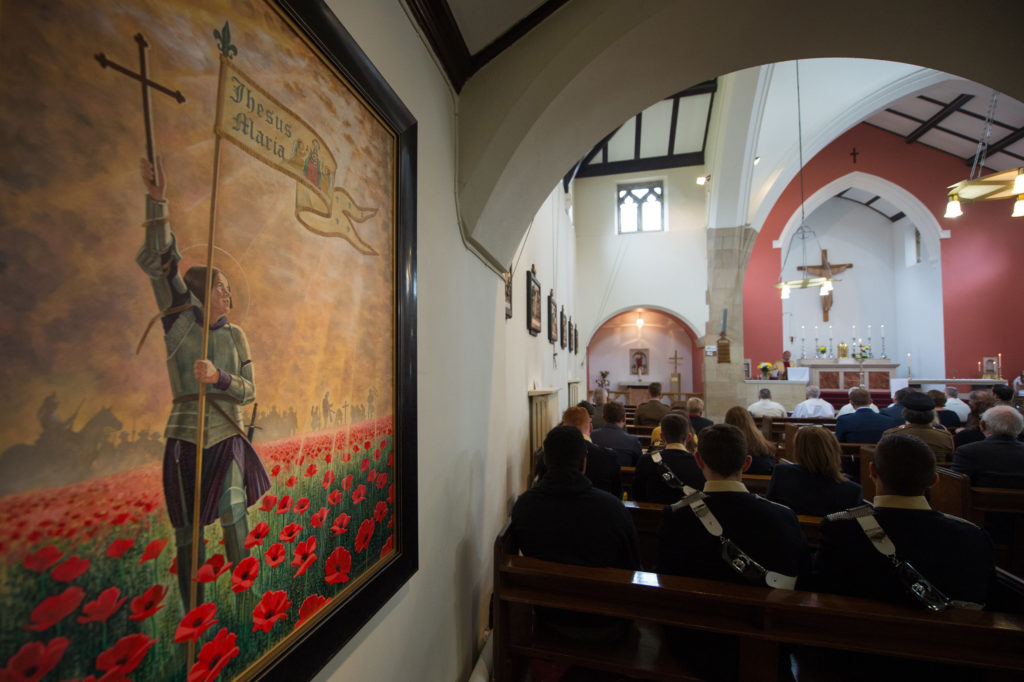 The new painting of St Joan of Arc – Photo courtesy of Mazur/catholicnews.org.uk

The service incorporated the rededication of a memorial altar to the Sacred Heart and All Souls and the blessing of a new oil painting of St Joan.

Mass was celebrated by the Bishop of the Forces, Paul Mason, and also present were Father James Blenkinsopp, Father Dan O’Neill, Deacon Paul Hagg and members of the Diocesan Historic Churches Committee, of which Monsignor Hogan is chairman and convenor, along with the Roman Catholic chaplain at Catterick Garrison, Father Alex Strachan.