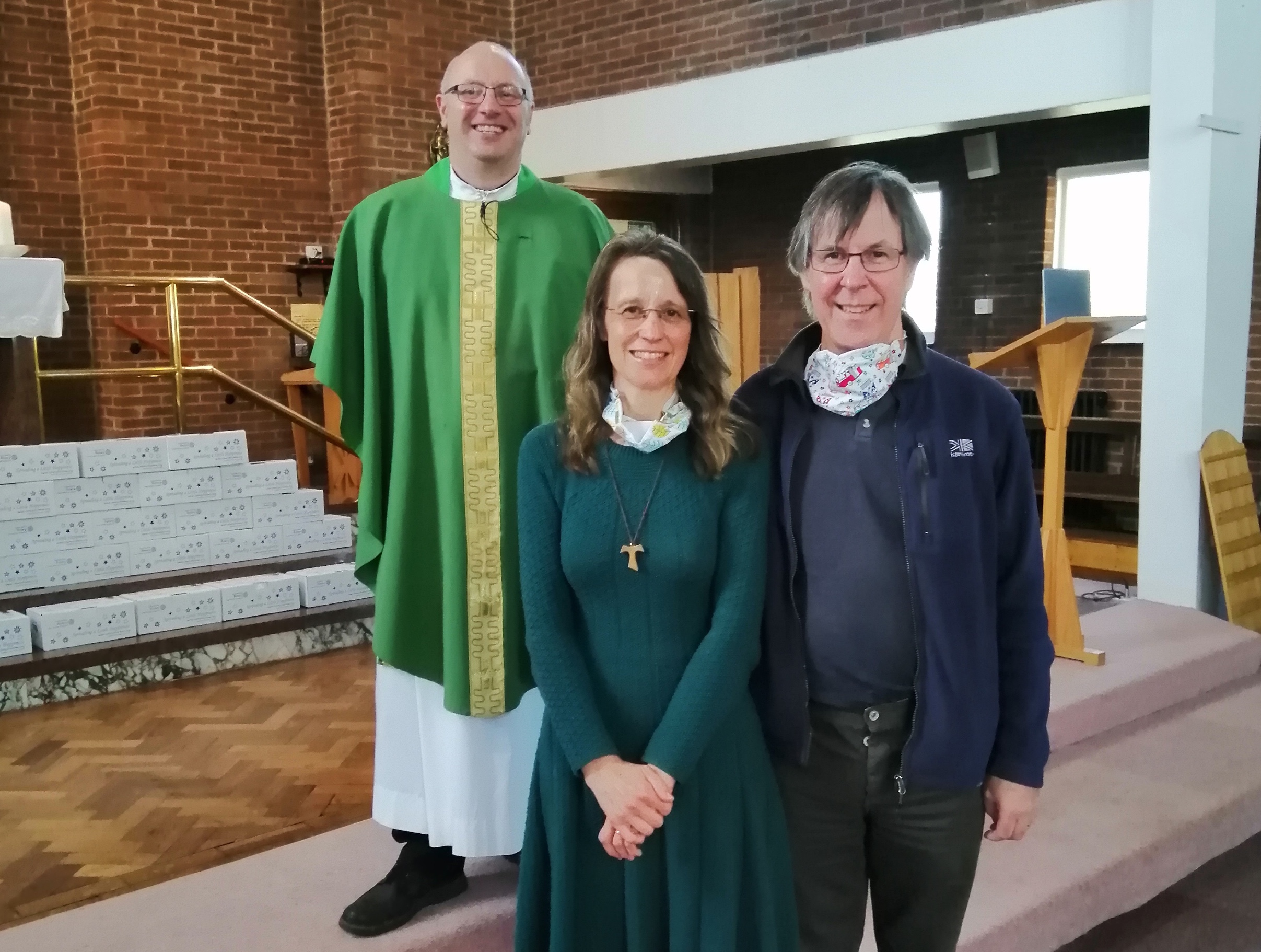 A much-awaited Confirmation took place at St Aelred’s in York on Sunday October 25.

Father Bill Serplus Confirmed Joanna Bowe, with her husband David as her sponsor. A wonderful celebration joined by the parishioners who were in church and all the people who were on Zoom.

These included Ray, Joanna’s father and David’s parents Anne and Frank who regularly join celebrations via Zoom from their home in Otley.

During communion I, the Lord of Sea and Sky was played, a hymn Joanna will always associate with her First Holy Communion.

Joanna has been an important member of the community during Covid 19, contributing paintings and birthday greetings in the parish’s What’s App group.