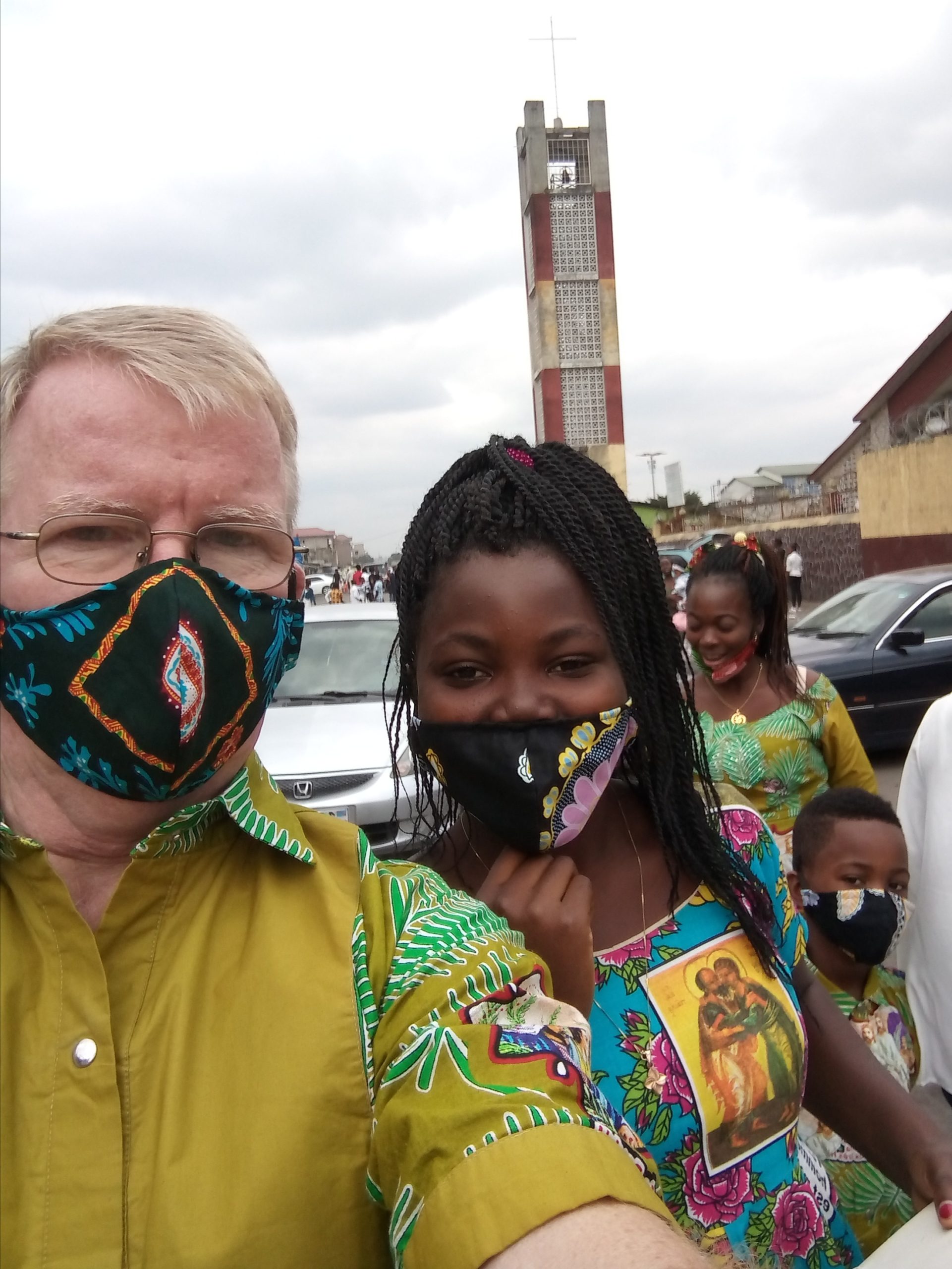 21
Sep, 2020
Francis Hannaway
So Many Milestones Passed – And So Much Still To Do

An update from FRANCIS HANNAWAY, from St Gabriel’s Parish, Middlesbrough, who lives and works in Basankusu Diocese, in the Democratic Republic of Congo...

As the leaves turn to reds and gold and the sun starts to sit lower in the sky over the Diocese of Middlesbrough, I find myself in hot and humid Kinshasa, Congo’s capital of 11m people.

Since I last wrote, a lot of things have happened in Basankusu, where I run a centre for malnutrition. Basankusu is a small town of about 24,000 people and sits on the Equator, in the rainforest.

The Doctors Without Borders (MSF) team did indeed leave, as expected – and children with malnutrition started to return to us. The effect of their work, and perhaps the slightly earlier arrival of edible caterpillars, did seem to reduce the number of children arriving this year. Perhaps – this being the sixth year of our project, it has been its long-term effect on the population generally. Yes, perhaps it’s time to congratulate ourselves for our ongoing successes.

The children who did arrive – mostly from outlying villages – were in a very poor state. They arrived with grandparents, parents and younger brothers and sisters. We accommodated them at my house. We built a single roomed house for them and a thatched shelter next to it as a kitchen. Three died during the first night after their arrival. A month later, two more children died – a week apart. They’d all arrived too late to be helped.

From the end of May until the end of May, we treated around 30 children at my house (Centre 2). At the main centre food was provided for between 20 and 40 children three days each week, by the volunteers. Overall, around 150 children have received treatment since I arrived back in February. Mama Solange arrived with her baby and toddler, herself suffering from severe malnutrition. Everyone at the main centre got better and was eventually able to go home.

We’d applied for special milk (F-75 and F-100) from the Doctors Without Borders group and been refused. After their departure, we found that the health services hadn’t distributed or used the milk, they were waiting for their chance to sell it to the only effective treatment facility for malnutrition for hundreds of miles – namely to my centre. We bought it for the same price we would pay for ordinary milk powder. It has extra vitamins and minerals, and so on, to help children with swollen bellies (oedema). They should have given it to us for free – but they took the opportunity to make a couple of hundred dollars and share it out amongst their colleagues.

And so our work continued – with the help of the good people of Hull, York, Middlesbrough and the whole diocese.

Because of Covid-19, my return flight of July 8 was cancelled. I’d intended to fly back to Kinshasa at the end of May, but all internal and international flights were forbidden. The government announced that all visas would still be valid, until restrictions were lifted. The local immigration police had other ideas and insisted on hassling me, obliging me to pay them money for a useless document, two days after my visa had expired.

The government lifted general restrictions on August 3 – so we were all hopeful that I would get on a flight. Then we heard it was with the exception of churches, as well as domestic and international flights. Flights would start August 15. The work at both of my centres would continue in the capable hands of our 12 volunteers, led by Judith’s younger sister, Laetitia.

The promise of a commercial flight fell through after I’d bought my ticket (I got a refund!), but eventually I got a seat on the little plane that brings the teachers’ wages each month for the diocesan Caritas association.

It was a circuitous route – dropping bales of cash at several rainforest locations. A flight which would normally take just over 2 hours, lasted 7 hours; nevertheless, I eventually arrived at Kinshasa’s tiny city centre aérogare, of N’dolo.

A plate of chips was the first thing on my mind! In fact, potatoes of any description would be welcome after seven months without them. After that, I would have to consider renewing my visa. They’ve made it easy for foreigners to renew their visas for a further three months – at a price, of course. Then I should make arrangements for a long-term visa. Should I travel back to England? Lockdown doesn’t seem to be completely over yet – so perhaps I should take a breather in bustling Kinshasa and decide what to do later.