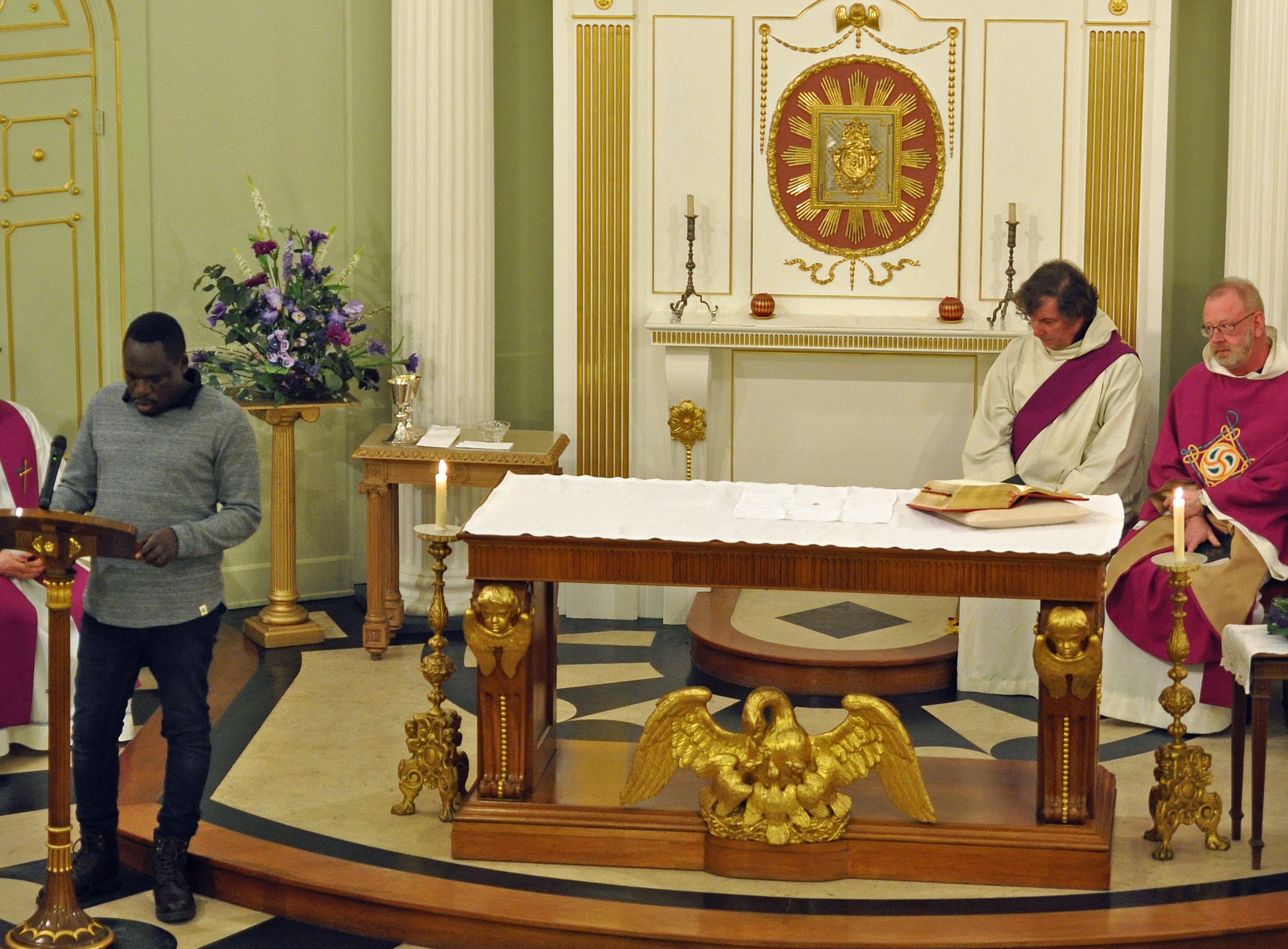 The new diocesan outreach ministry to the LGBT+ (lesbian, gay, bisexual and transgender) community has now held its first Masses in York.

Some 60 participants travelled from across the diocese for the first Mass. Catholic members of the LGBT+ community were joined by their families, friends and supporters and Christians from other denominations.

All gathered in the hidden chapel of York’s historic Bar Convent, at the kind invitation of the Sisters of the Congregation of Jesus. It was noted in the words of welcome that the Bar Convent has a long history of offering sanctuary and began its life to support minorities suffering persecution by civil and religious authorities.

The presider at Mass was Father Tony Lester, who is working to establish this ministry in our diocese at the request of Bishop Terry, who sent good wishes for the launch. Father Tony was joined on the altar by Canon John Lumley and Deacon Peter Warren, together with Deacon Nick Baggio, from the Diocese of Leeds.

Mass began with a Litany of Welcome, reminding those present that all people have a place in the Christian community because all belong to Jesus Christ, and it is his table the Church gathers around at the Eucharist. It is God who counts us worthy and the welcome the Church makes visible is God’s welcome to all in Christ.

The readers included a human rights defender from Kenya who is spending six months at the University of York as a “protected fellow”, because as an LGBT activist his life is in danger at home. While in Britain he is learning ways to reduce the risks to his life and to network with fellow human rights defenders.

Sadly, his baptismal and confirmation papers were publicly torn up by his parish priest in Kenya because of the work he was doing. Father Tony acknowledged that for many LGBT+ people their experience of Church is marked by pain. Pope Francis has said this is something for which Christians need to apologise.

After Mass the congregation socialised over refreshments and people shared stories of their journey. Among the experiences shared was that of a young man who stopped attending Mass as a teenager, not because he had lost his faith but because he felt his parish community would not accept him. He was very pleased at the launch of the new ministry, which he felt gave him the opportunity to start attending Mass again.

Those who attended the launch were asked how they would like to see this ministry develop in the future. It was agreed that a Mass with an explicit welcome to the LGBT+ community, families and friends would be celebrated at the Bar Convent on the second Sunday of each month at 3pm. In time, a rotation of priests will preside at these Masses and the community that gathers will develop a broader programme that is spiritual, social and supportive.