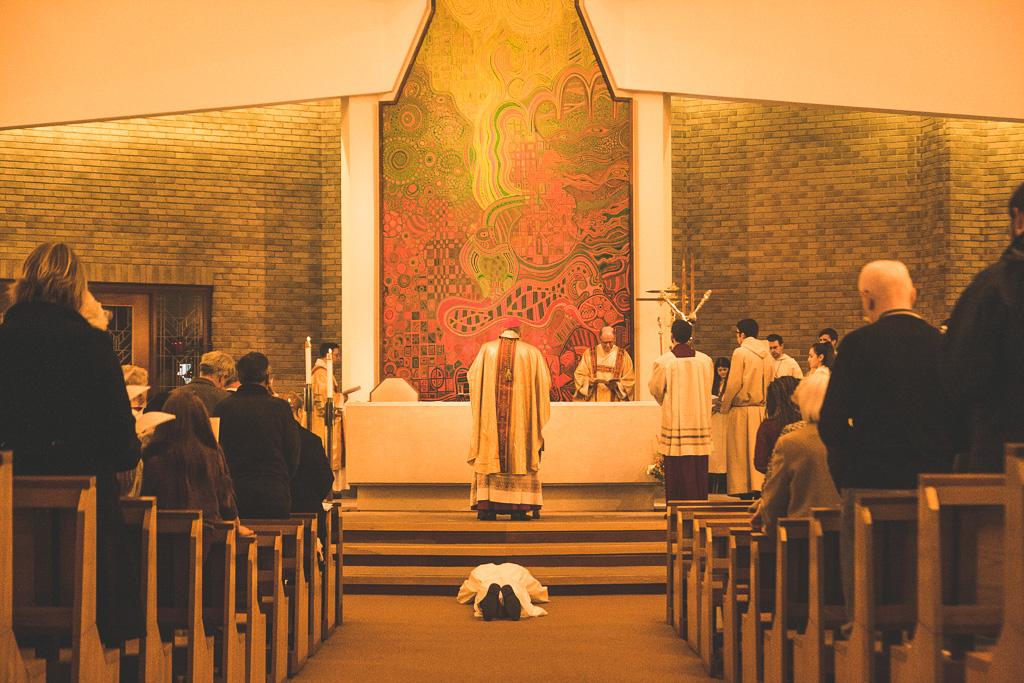 Ordination as a deacon is an important, and final, step on their journey towards priesthood. Normally this takes place in the seminary in which the student is studying – in my case, the Venerable English College Rome.

However, having finished my initial studies in Rome over the last five years, Bishop Terry decided I should spend some time in a parish before my ordination to the diaconate and the priesthood. So my ordination took place in our own cathedral on the feast of the Baptism of the Lord.

Having been a parishioner of the parish of St Thérèse of Lisieux in Ingleby Barwick for almost my entire life, the prospect of having my ordination in the cathedral meant I could share this important milestone with my family, friends and, importantly, the people of the diocese.

I was delighted to see contingents from Rome, including the rector of the English College, Monsignor Philip Whitmore, a large contingent from Hull, from Ingleby Barwick, other parts of England and, of course, the parishioners of the cathedral parish.

To say I was nervous before the ordination would be something of an understatement and throughout the Mass I was constantly thinking about what I needed to do next.

After the ordination, however, I began to appreciate those grace-filled moments more deeply. There are several striking moments of the ordination rite, but one I have always found the most moving is when the candidate prostrates himself before the altar while the litany of saints is sung.

Although when you are in the moment you realise that lying down on the floor for any length of time is incredibly uncomfortable, prostrating yourself before the Lord and asking for the saintly intercessions is an incredibly poignant sign of the weakness and frailty of humanity before him.

In prostrating ourselves we recognise that, as Bishop Terry said in his homily, “All is grace, all is gift.”

Returning to the parish where I am based, Our Lady of Lourdes and St Peter Channel in Hull, formerly under the care of the Marist Fathers, and from there going on to World Youth Day in Panama, there have been many moments that have led me to reflect on this phrase.

From preaching for the first time at Mass as a deacon to giving benediction to our World Youth Day pilgrims in Panama and deaconing the English catechesis Masses for the English-speaking pilgrims from around the world, it is indeed all grace and gift.

For all those graces and gifts, I thank Almighty God, and all those who have supported me with their prayers and encouragement throughout these years and into the future when, God willing, I will be ordained priest.

Our Lady of Grace, pray for us.