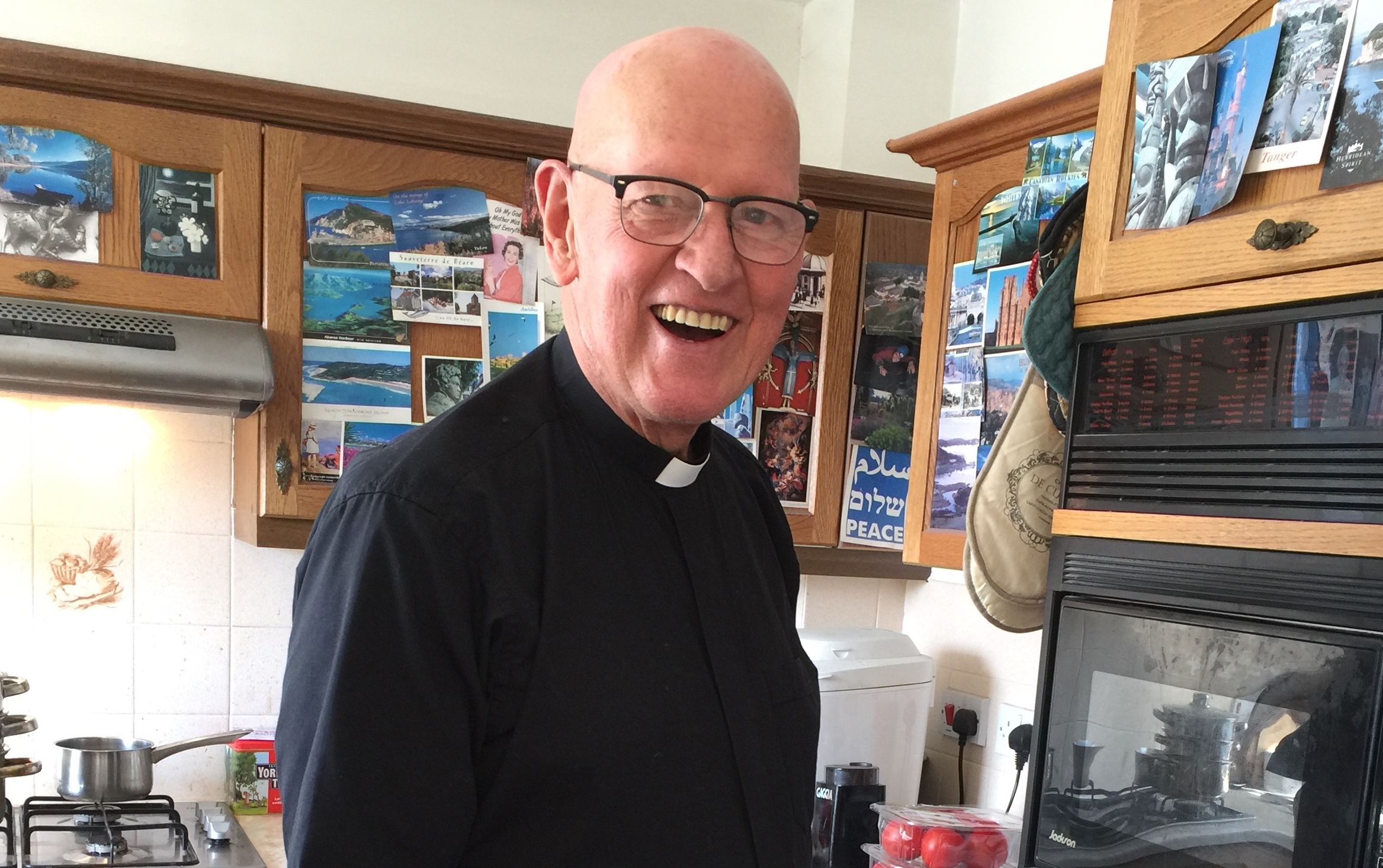 Warm tributes have been paid to retired priest Father Ross Thompson, who died peacefully in hospital at 8pm on Thursday April 8 with his daughter holding his hand.

Born in Port Chalmers, New Zealand, on March 29 1942, Father Ross moved to England in 1966 and was ordained into the Church of England in September 1969. He served in parishes in Portsmouth, London, Bath and Wells, Oxford and Rochester.

Father Ross married his late wife, Jill, in 1970 in Fareham, Hampshire, and they had a daughter, Aldyth, in 1974. The family moved to York in the early 1990s. Ross and Jill were received into the Catholic Church by Father Michael Marsden at the Easter Vigil at St Wilfrid’s, York, in 1993.

Father Ross became fully integrated within the parish of St Wilfrid’s, York, and, after completing his diocesan course of studies at Ampleforth, was ordained a priest at Our Lady’s, Acomb, on June 8 1996.

His first parish was St Wilfrid’s, York, as assistant priest, where he remained until 2001, when he became administrator at St Anthony’s, Hull, until 2004. After a period of sickness absence, he was made parish priest at St Joseph’s, York, between 2006 and 2012, when he retired.

Father Ross had suffered from arthritis for many years but endeavoured to combat this by swimming regularly. He remained in the York area.

Since 2012 Father Ross has supplied mainly in York and at some of the convents and on Palm Sunday this year he celebrated Mass at St Joseph’s in the Bar Convent, where he was in “terrific form”. Unfortunately, he suffered a fall at home shortly afterwards and sadly did not recover.

“Father Ross always took over the bidding prayers and we were always taken on a global tour,” said Sister Agatha CJ. “There was no country, however small, that didn’t need to be prayed for. Sometimes at the end he would say, ‘And which country have I forgotten?’ and it was often South Korea, which mercifully someone would remember.

“His sermons were always interesting, and we would be asked specifically to pray for someone – particularly if they were a child who was ill. We were encouraged to pray for our own family members who were in difficulties or ill.

“The Mass was not some distant ritual, but God present in our real world. His death came as an incredible shock, having seen him so recently in such good spirits. We thanked God that his daughter was with him. He spoke with her every day and we offer her our deepest sympathy. Now he will have joined his beloved wife. May he rest in peace and rise in glory.”

Father Neil Bayliss, parish priest of Holy Cross & Saint Francis in Walmley, was studying to become an Anglican priest at St Stephen’s House, Oxford, in 1985, when he first met Father Ross, who was

then an Anglican parish priest in Cowley.

“Father Ross was a larger-than-life character with a huge smile and loud laugh,” he said. “One of the best confessors it has been my privilege to encounter, he was wise, patient and gentle.

“He was a great cook and loved life. He had a trace of a New Zealand accent and a way of seeing through and overcoming obstacles, particularly in parish ministry. He was a leading light in the Oxford Society of the Holy Cross, a group of priests who prayed and cared for each other.

“He was not afraid to speak out but was admired and loved, especially by members of the parishes where he worked.

“His death is a great loss particularly to Aldyth, Jason and their children, but also to those of us who were fortunate enough to count him as a friend. Father Ross was and remains an inspiration as a priest, for me and others. May he rest in peace.”

Bishop Terry will preside at Father Ross’s funeral, which will take place at St Joseph’s, York, at 11am on Friday April 30, followed by burial at York Cemetery. Please note that due to coronavirus restrictions, numbers are limited to 30.