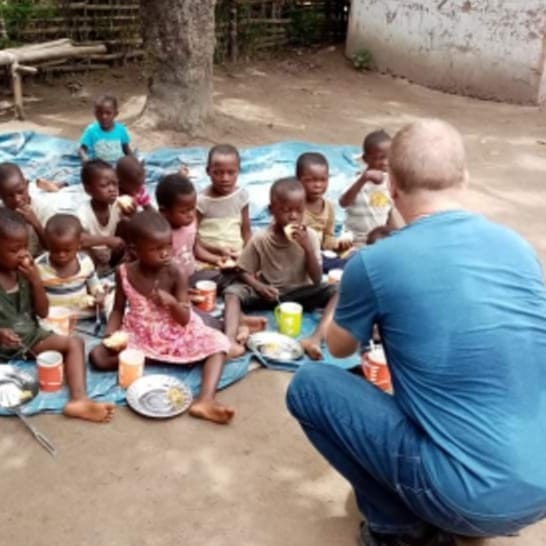 12
May, 2020
Coronavirus
A Land Where Coronavirus Is Only One Of Many Dangers

Francis Hannaway, from St Gabriel’s Parish, Middlesbrough, lives and works in Basankusu Diocese, in the Democratic Republic of Congo.

I got a new visa for the Congo in January. In early February I arrived back in Kinshasa. There was some little commotion at the airport because of the new virus that was going around. After passing through immigration control, we had to fill in forms to say that we were in good health. Everybody was impatient, after having joined the flight in Brussels two hours later than scheduled and now being mixed with people from a different flight who’d already been given the form to fill in.

I quickly filled in my name and passport number correctly and then added a random number as my phone number – then, as we’d all done for the same form in the time of Ebola, ticked “No” for all the questions without stopping to read them. At this time there was no coronavirus in the DRC.

I arrived in Basankusu two weeks later and sometime after that we got news of the first case of Covid-19 in Kinshasa. The news changed each time we heard it. First it was a Belgian, later they changed this and said he was Congolese but lived in France. The second person was from Cameroon, later it appeared that he was Congolese but had visited Cameroon.

They were taken to a hospital – no, it was a prison. They had all the help they needed – no, they were left in a hotel room without food or water. The story changed each time. Eventually, more people were diagnosed. Today the number of people who’ve tested positive is 863, with 36 deaths nationally. All the deaths have been in Kinshasa, as have 90 per cent of the cases.

When other deaths are taken into account – and when it’s compared to other countries – it seems a very small number indeed. Malaria kills literally thousands every day in the Congo. The low quality of life, illnesses such as typhoid, measles, untreated operable conditions and poverty in general, mean that it’s very rare to find anyone over the age of 80 here. Almost half of all children die before their fifth birthday.

Nevertheless, Kinshasa has been sealed off. Nobody can enter or leave. All international and internal passenger flights have been cancelled. Although the British Embassy has advised me to leave immediately, that’s easier said than done. I can’t go to Kinshasa – and that’s the only place I’d be able to leave from, should flights resume.

In Basankusu, life continues as normal. Schools and churches are closed nationally. Beer gardens are, curiously, still open, but never very busy. Goods on the market stalls are becoming scarce and prices have gone up dramatically. On top of that, the dollar rate has changed in Kinshasa – which means prices will rise further everywhere.

At the malnutrition centre we only have a few post-measles patients. The aid organisation, Doctors Without Borders (MSF) is running a vaccination campaign and mopping up malnutrition as a complication of measles. But, in two weeks’ time, MSF will be gone and we’ll get all the children back.

June, July and August are our busiest times at the centre. Malnutrition destroys families and sadly, as every year, I’ll be going to several children’s funerals. “The hungry months” begin to ease only when the edible caterpillars arrive on certain trees, in late August. The caterpillars provide body-building protein for the children. In the meantime, I do my best to collect money to feed the children with our special porridge, as well as beans, rice and fish.