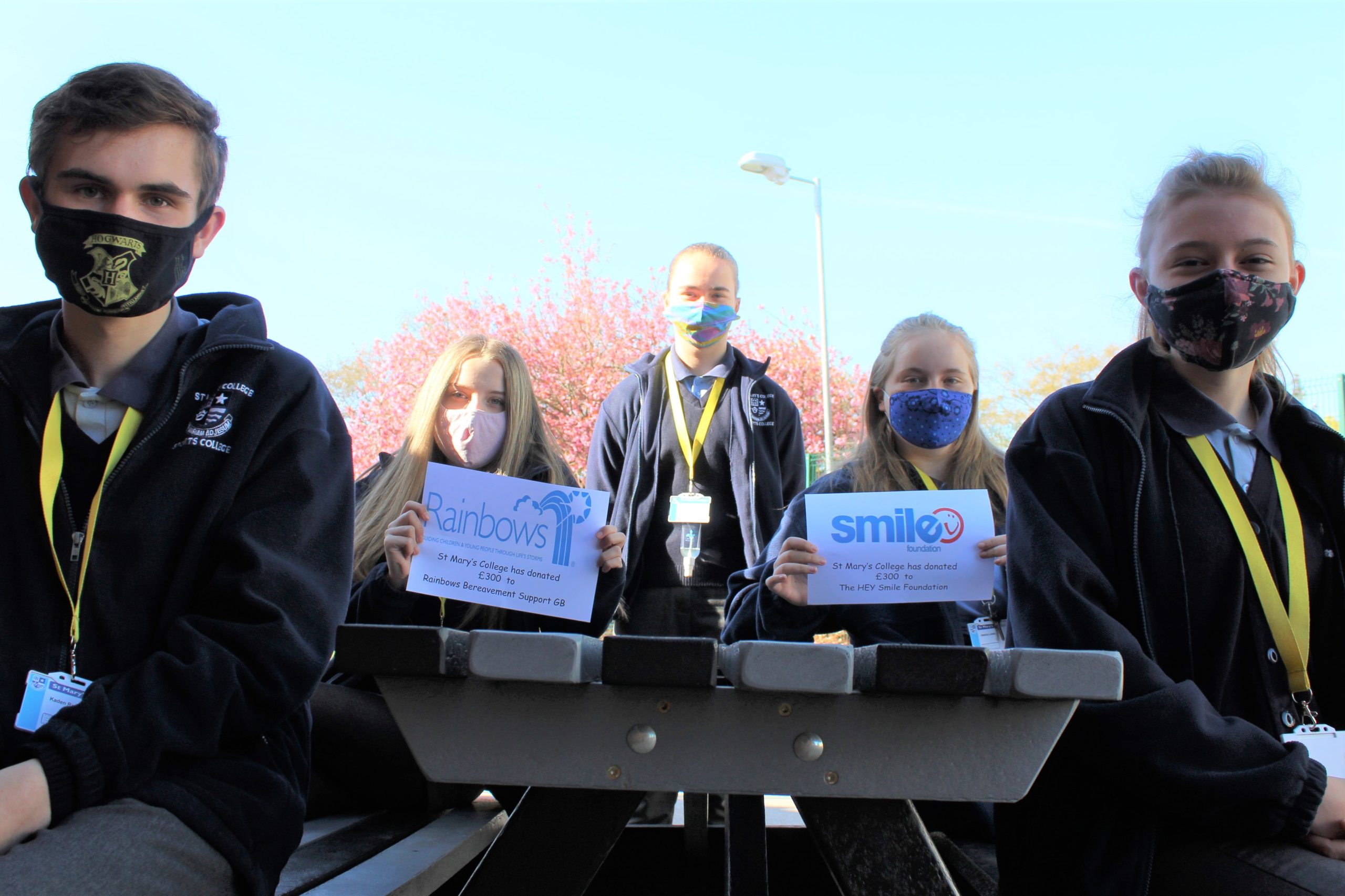 A charity that helps children, young people and adults who are grieving a loss in their lives is hoping to roll out its training programme to more schools in our diocese.

Research shows that Rainbows Bereavement Support Great Britain – whose patrons include Bishop Terry – has a dramatic positive impact on the young people who access its support.

The charity began in Catholic schools but its programme is not faith-based and is for everybody who needs it. It provides training for school staff to run the peer-support programme, which is delivered to groups of not more than six pupils.

Educational psychologist and Rainbows’ chair of trustees Jan O’Neill, from Thornaby, has seen for herself how powerful the programme can be.

“I recently did some training for trustees of the diocese and talked about some cases that have had an impact on me,” she said.

“One young boy was referred at the age of 12 with concerns about his behaviour – he was skipping school and was rude and aggressive. As I spoke with him over time, it emerged that his parents had separated, and his dad had a new partner and a baby.

“His mum was off work with depression and had threatened to take her life and he was skipping school because he was worried about her.

“He told me his parents had given him the choice about which parent he lived with and admitted there were times he wished he’d chosen to live with his dad. This seemed such an emotional responsibility for a 12-year-old! Staff in school didn’t know his story and referred him because of his poor behaviour.

“Another young man, whose father had died by suicide, said he found Rainbows so helpful as it helped him see that other young people experiencing loss and bereavement felt as angry and upset as he did.

“One colleague told me about her brother’s death when she was nine or ten. Her parents were devastated, and she told me that she and her siblings made a pact that they would never cry in front of their parents, to protect them.

“Her teachers had said their doors were always open with time for a chat, but she never went. I was struck by how these kindly meant offers placed all the responsibility on her to take the first step.

“In Rainbows, it’s the adults who take responsibility for initiating and creating a safe place with trusted adults, where young people can explore experiences of loss and bereavement.

“Our vision is for every child and young person in every school who is grieving a significant and often devastating loss in their lives to be understood and supported appropriately. By week three of the 12-week programme, young people often start to feel safe and comfortable.”

There are four programmes – Sunbeams, Rainbows and Spectrum for different age groups and Sunrise for young people with special educational needs and disabilities.

More than 1,400 schools have received training on the use of the programmes, which aim to provide a safe space where facilitators can support groups of young people in developing their understanding of loss.

During lockdown, the charity asked young people, parents and carers, staff delivering Rainbows programmes and teachers not directly involved about their Rainbows’ experience.

Nine out of ten of 70 young people who took part felt that Rainbows had helped them in all its aims.

Comments include a boy aged 11 who said: “I can say all my feelings out loud – it doesn’t matter what I say, I can talk about my grandad.”

And a 10-year-old girl said: “I enjoyed Rainbows a lot, it helped me through my sadness and helped me to be happy.”

Twenty-nine parents and carers completed a questionnaire, and all said they had seen improvements in their young people’s self-esteem and confidence.

They reported that communication within the family, social interactions and friendships had all improved and all said they would recommend Rainbows to other families.

“Rainbows gave her a safe space to come to terms with her grief,” said one, while another said: “I truly wish there had been something like this for me when I was at school.”

All 22 staff who organised and delivered Rainbow programmes said they were satisfied with its outcomes and nine out of 10 teachers rated the impact as “excellent”.

“The work of Rainbows is tried, tested, researched, monitored and evaluated,” said Jan. “We know the impact of our work is long-lasting and has a tangible impact on people’s lives.”

“Many schools in the diocese have had training and are delivering Rainbows programmes,” said Jan.

St Mary’s Catholic Primary School in Grangetown recently received updated training and staff spoke about the real need for an intervention like Rainbows.

There are costs for materials and specific training, but the charity is also looking for funding from bodies such as local authorities, funding trusts, business and schools trusts to help it deliver training.

“We are exploring ways in which we can become more secure as a charity and have developed a partnership with a local authority in the north where they have helped pay for training and materials,” said Jan.

“We have a social media presence and would love to have social media ambassadors who will share our posts to raise our profile.”

Next year is the charity’s 30th anniversary and there are ambitious plans to reintroduce the programme into prisons, where it has been delivered in the past.

To find out more about the work of Rainbows visit rainbowsgb.org. You can follow Rainbows’ social media at facebook.com/RainbowsGB1 and @RainbowsGB on Twitter.