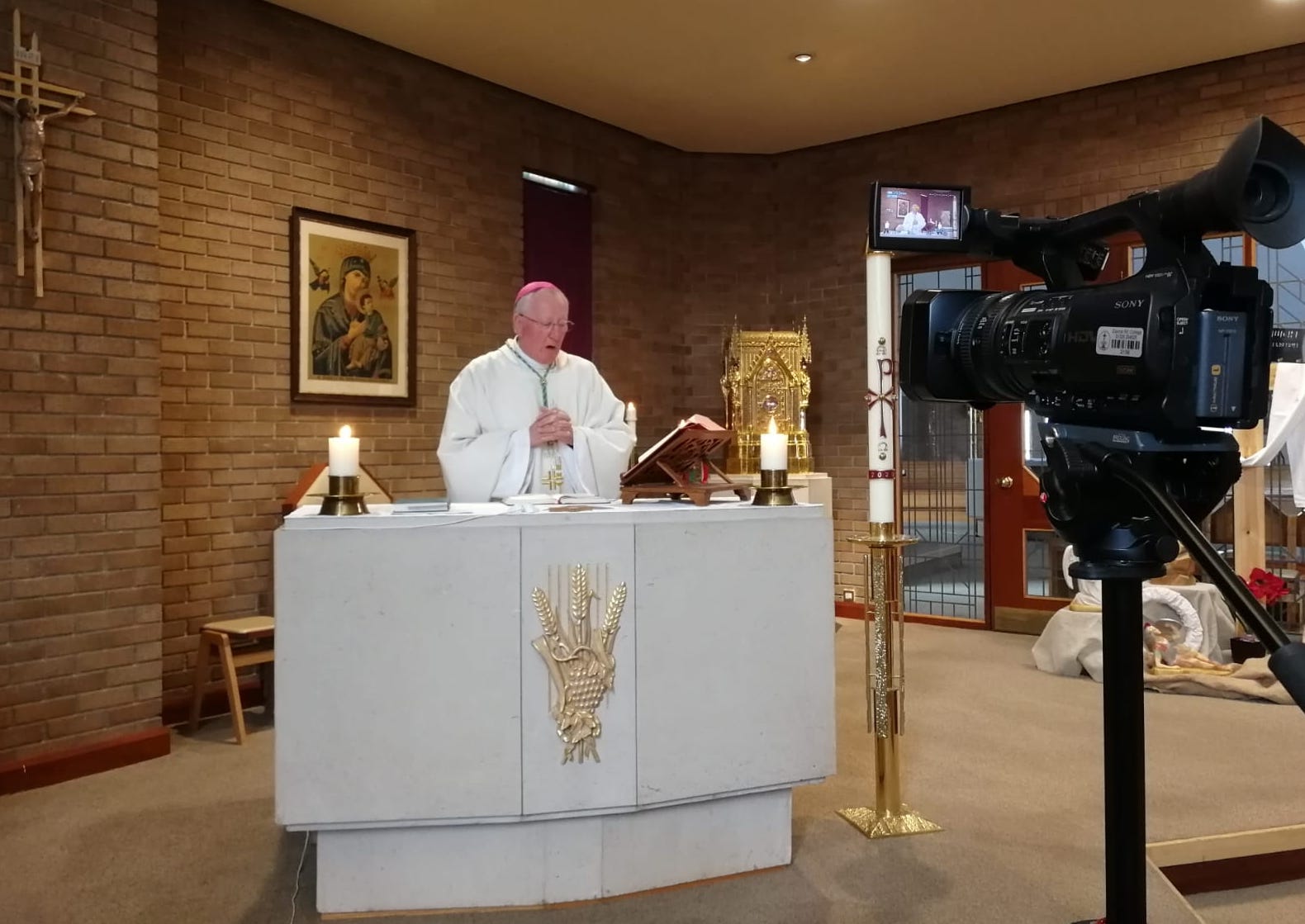 The Diocese of Middlesbrough has launched what it believes is the country’s first Catholic Mass available to listen to directly by phone.

The new Mass-by-Phone service, specifically provided for those without internet access, follows the success of online services introduced since churches were closed when the coronavirus lockdown began.

Thousands of people have been tuning in to online Masses broadcast on YouTube from St Mary’s Cathedral in Middlesbrough.

Parishes throughout the diocese have reported numbers far greater than their usual congregations taking part in daily services on platforms including Facebook Live. St Thérèse of Lisieux Parish in Ingleby Barwick saw 4,700 views of one of their services over Easter.

But priests were aware that many people, especially older worshippers, were missing out because they don’t have smartphones or wifi at home.

However, they were contacted by Andrew Gardner, grand knight of the Middlesbrough council of Catholic men’s organisation the Knights of St Columba, who had heard about church groups using the Twilio phone system to host “dial-a-sermon” services.

100 people called the service on Sunday (May 3) it was launched.

Canon Derek Turnham, who oversees communications in the diocese, said: “Parishes including my own in Redcar have been reaching out through YouTube, Facebook and sending out emails to try to keep in touch with people. But we also knew there are a whole lot of people who don’t have smartphones or internet access.

“We’re delighted we’ve been able to set up this system, which enables people to hear Mass broadcast from our cathedral at any time of day and share in our worship.”

The new phone service comes just days after a survey of more than 2,000 people carried out by Tearfund revealed that a quarter of UK adults have listened to a religious service since the lockdown began – including more younger people (18–34) than those aged over 55. Twenty per cent those who said they have done so said they’d never gone to church.

Bishop Terry said: “Everyone needs hope and encouragement at this time and I’m delighted that through digital technology, the Church is able to is give comfort to Catholics and also to others who are not churchgoers and may not consider themselves to be Christians.

“We’re seeing a new growth of community spirit – a realisation that we can’t make it on our own and we need one another if we’re going to get through this crisis, which we will. We all belong to the human family and to God’s family.

“It’s sometimes easer to believe in God’s providence when all is going well and the sun is shining. When times are a little bit darker and more difficult, we can begin to doubt. But this is not what we’ve been experiencing at this time. Instead, we’re seeing people’s faith becoming stronger than ever before.”

The diocese thanked Knights of St Columba Council 29, which has offered to meet the cost of providing the phone service, which the diocese believes is the first that doesn’t require any special codes to access.

The diocese is also planning to run a “virtual” Lourdes pilgrimage after being forced to postpone its usual visit to the French shrine at the end of May. This will involve services on Facebook as well as special prayers and reflections.

Driffield: Our Lady and St Edward’s

Hull: Our Lady of Lourdes and St Peter Chanel