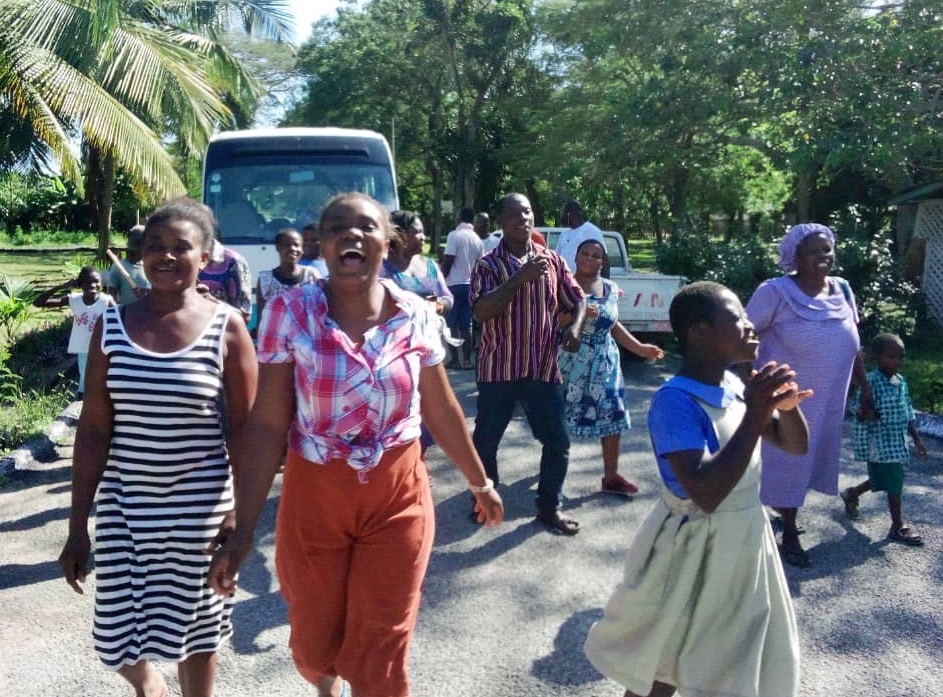 A gleaming new bus paid for by St Mary’s Cathedral parishioners and well-wishers throughout the diocese has finally arrived at the Padre Pio Rehabilitation Centre in Ghana amid joyous celebrations.

An appeal for £50,000 was launched by Monsignor Gerard Robinson after he saw the dilapidated state of the previous bus during a visit to Africa.

Almost 12 months after the target was reached the new Toyota bus, custom-built to the order’s specification, is now serving vulnerable communities in Ahotokurom.

“The procurement process to research the options, make an informed choice, wait for it to be imported and get it fit for the road was, however, a rather long and drawn out affair.

“As you can see from the photo, though, the new bus has now arrived and is bringing much happiness, as well as the practical support required to transport the children and adults to and from the centre.”

Monsignor Robinson was deeply moved by the work being carried out at Ahotokurom, which means “place of serenity”.

It is run by the Daughters of Mary and Joseph Charity, including Middlesbrough-born Sister Pat Pearson.