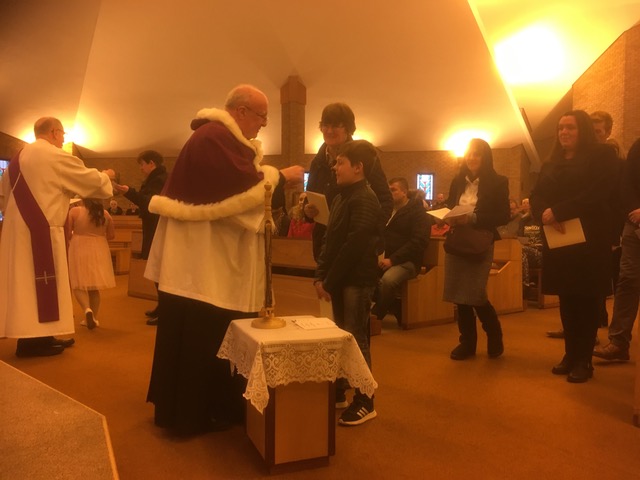 Candidates and catechumens were given a warm welcome as they began the final part of their journey towards being received into full communion with the Catholic Church.

Canon Pat Hartnett led the traditional Rite of Election and Call To Continuing Conversion, which takes place in every cathedral in the world on the first Sunday of Lent.

The service marks the formal acceptance of people who have been on a journey of faith through the Rite of Christian Initiation of Adults (RCIA) programme.

This year there were 29 candidates, who have already been baptised into other Christian traditions and who will be confirmed and receive Holy Communion for the first time at the Easter Vigil in their parishes. 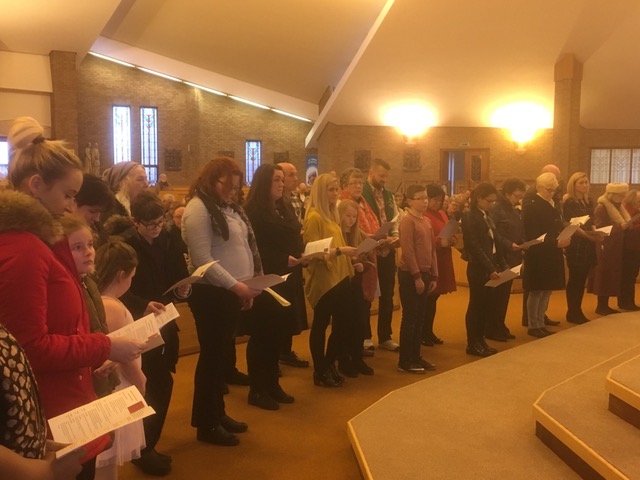 There also 19 catechumens, who have not previously been baptised and will receive the sacraments of baptism, confirmation and holy communion during their Easter Vigil celebrations.

During the service, the catechumens were called one by one to the sanctuary, where their catechists were asked if they had prayerfully reflected on this next step and to affirm them in their faith journey. The godparents also came up to the altar and Canon Pat formally accepted the catechumens before they each signed the Book of the Elect.

The candidates were asked to stand in their places with their sponsors, who affirmed they had been prayerfully preparing, but they do not sign the book as they are already Christians. 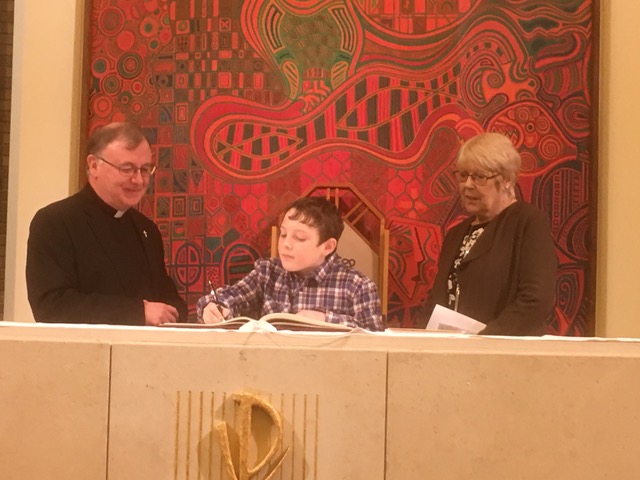 “In our diocese, we also ask them all to come up to be given them a Tau cross as a gift and a sign that they are now entering that period of Lent, the period of purification and enlightenment,” says RCIA coordinator Deacon Vince Purcell.

“I would always encourage parishes to get involved in the RCIA. As well as us welcoming the candidates and catechumens, it’s important to remember that they are also leading us to a new understanding of our faith.

“Setting up an RCIA group can be demanding but is extremely rewarding and is part of what we’re called to do as missionary parishes.”

Bishop Terry was present at the service as he continues his recovery after knee surgery and was able to give the final blessing.

For all enquiries and support with RCIA please contact Deacon Vince by emailing adultformation@dioceseofmiddlesbrough.co.uk.

The Franciscan or “Tau” cross (“tau” rhymes with “how”) takes its name from the Greek letter “T” that it resembles. It is an ancient form of the cross and was from earliest times the sign marked on the foreheads of “the saved ones”. It looks like the outstretched arms of Christ, open to receive us, and is given to catechumens and candidates in our diocese as a sign of being welcomed by Christ into the joy of life through him and with him and in him, in the life of his body, the Church.