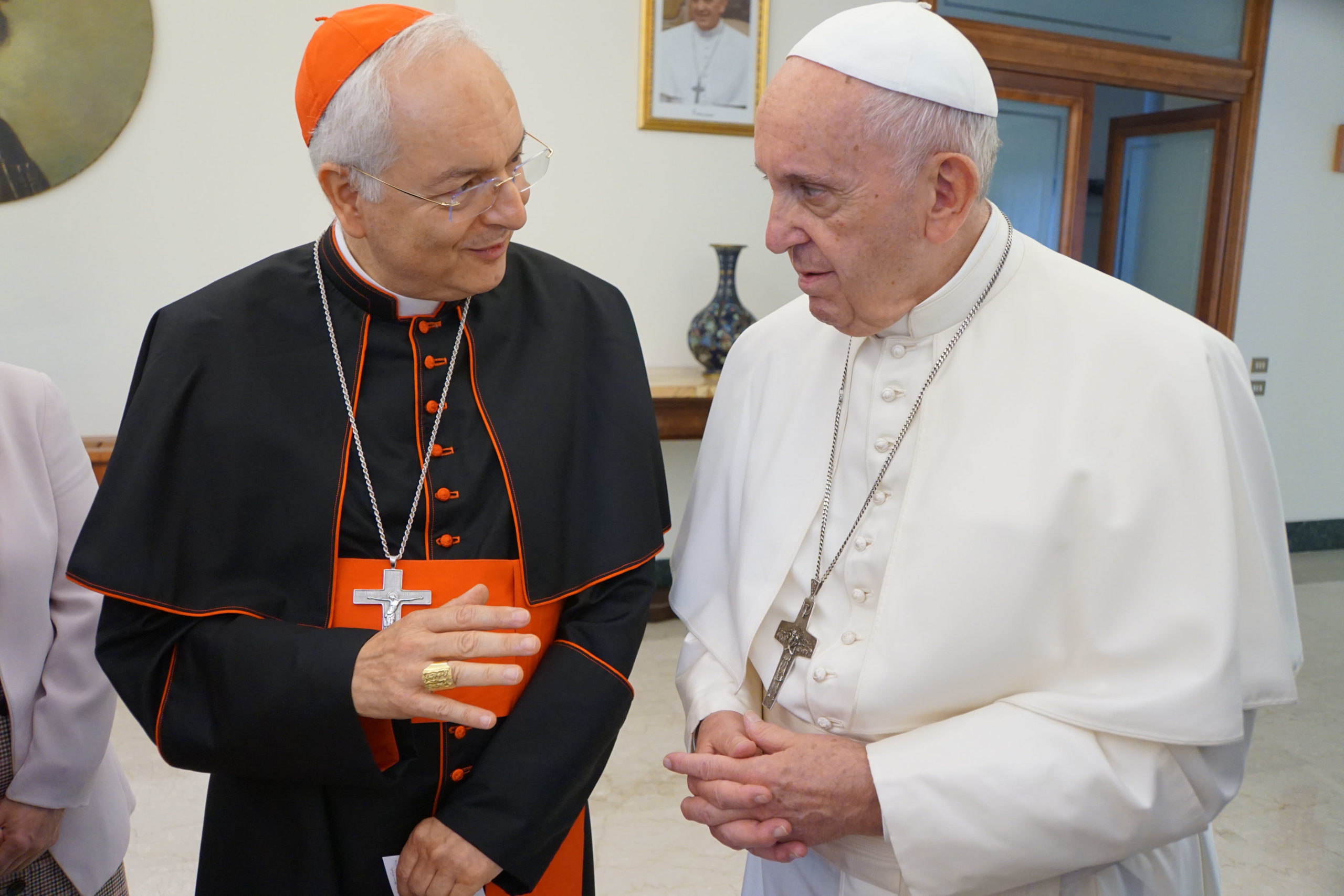 Pope Francis has given his public support to a charity’s rosary campaign, calling on children around the world to pray for an end to the coronavirus crisis.

Speaking after the Angelus on Sunday October 11, the Pope urged pilgrims assembled in St Peter’s Square to support the prayer initiative.

He said: “Next Sunday, October 18, the Aid to the Church in Need foundation promotes the ‘One Million Children Praying the Rosary’ campaign for unity and peace.

“I encourage this beautiful event that involves children throughout the world, who will pray especially for critical situations caused by the pandemic.”

ACN’s “A Million Children Praying the Rosary” initiative invites young people to pray the devotion on Sunday October 18 or on the next day if it easier for them to pray together at school.

Now in its sixteenth year, “A Million Children Praying the Rosary” began in Venezuela’s capital Caracas in 2005, when a group of children came together to pray the rosary for peace.

ACN started supporting the campaign in 2008 and took over the organisation of the event in 2018.

Pope Francis’s message of support comes after a letter by Cardinal Mauro Piacenza, ACN’s international president, and the charity’s international ecclesiastical assistant, Father Martin Barta, which stressed the need to pray during the coronavirus pandemic.

They wrote: “With brutal clarity, the virus has brought home to us our vulnerability, frailty and mortality” adding that God “is urging us to pray constantly and to trust in him in all circumstances.”

Talking about the global nature of the initiative, Father Barta said: “Our materials for the prayer campaign are available in 23 languages, including, for example, Arabic and several African languages.

“Children from around 80 countries and on all continents will be participating, from Ghana to Syria to Papua New Guinea.

“May this joint worldwide rosary prayer initiative fill us all with new courage and confidence in God’s loving protection, which he wishes to bestow on us through his holy Mother.”