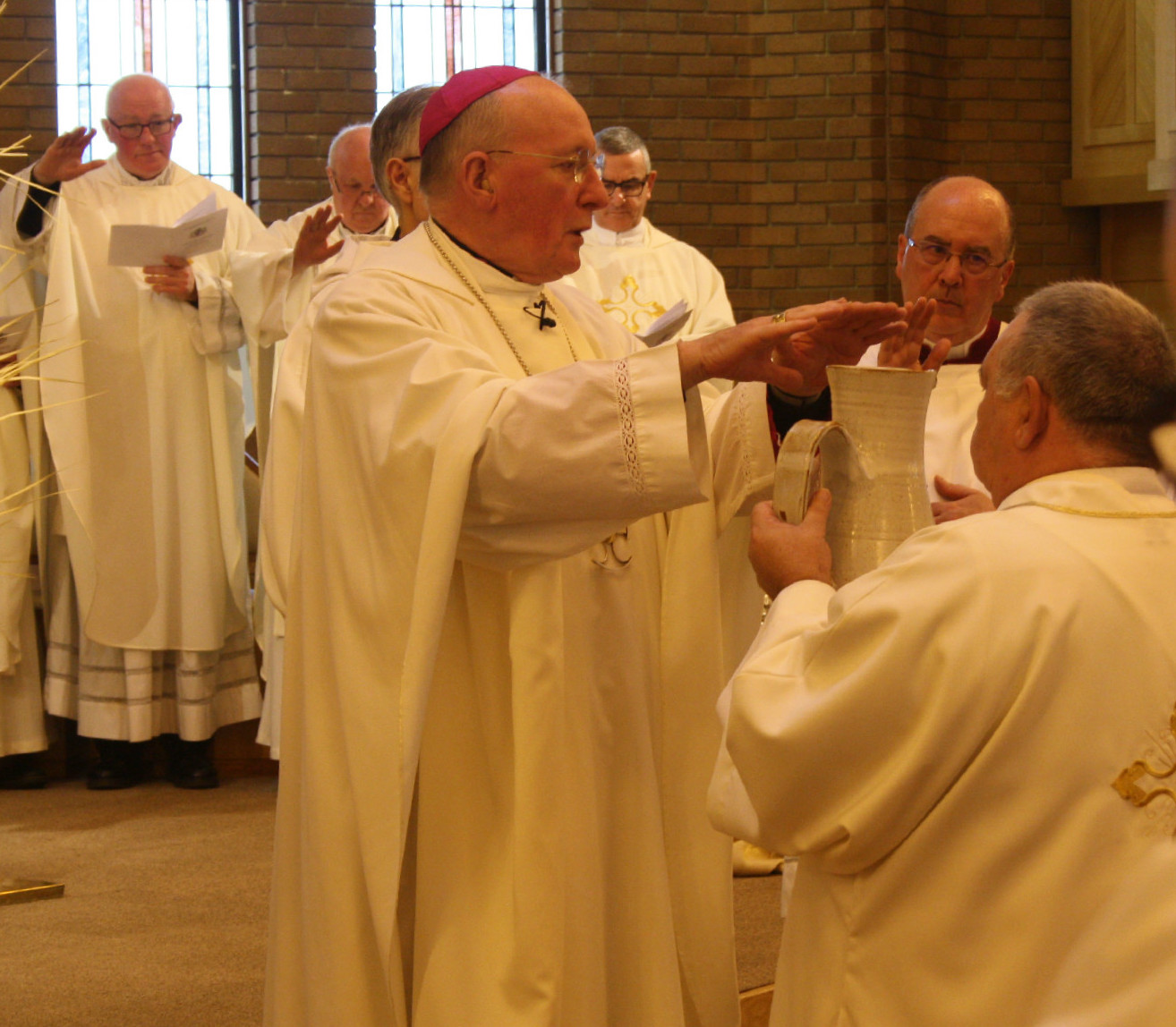 Priests from throughout the Diocese of Middlesbrough reaffirmed their ministry by renewing the promises made at their ordination at the annual Mass of Chrism in St Mary’s Cathedral.

There was standing room only as around 750 worshippers swelled the congregation, with coaches coming from all corners of the diocese.

The principal concelebrant, as at all of this year’s Holy Week services at the cathedral, was Auxiliary Bishop of Liverpool Thomas Williams.

Bishop Terry, who will be attending and preaching at some of the services, warmly welcomed Bishop Thomas and thanked him for his help during this time of need as he continues his recovery after knee surgery.

The singing of the combined cathedral and diocesan choirs enhanced the celebration, with sacred music including Monteverdi’s Beatus Vir and diocesan director of music Tim Harrison’s setting of Psalm 88. 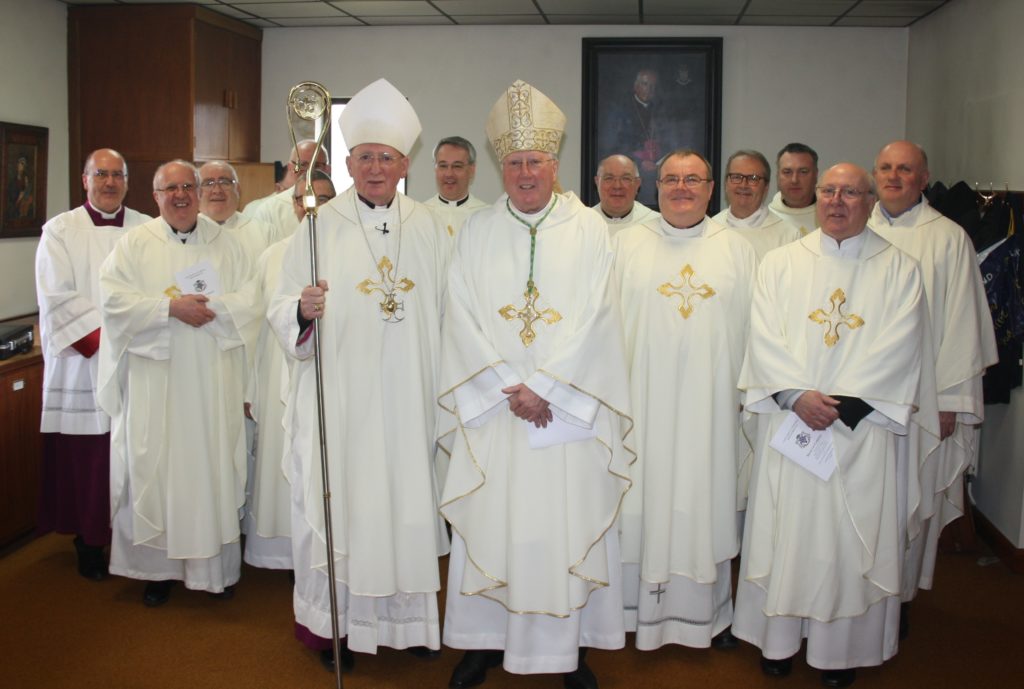 In his homily, Bishop Terry said we sometimes become so familiar with the phrase “Good News” when referring to the Gospels that we almost don’t hear it anymore.

“In the inimitable words of our Holy Father Pope Francis, in his letter on the Joy of the Gospel, no evangeliser should look as if he’s just come back from a funeral,” he said.

“The priest shows the joy of the Good News in the great and the small things of life, by his very demeanour and attitude towards others.

“The Gospel is good news because it is in essence a message of joy. Jesus comes to remind us all that we are the beloved sons and daughters of the Father, in whom he delights, now and always. This is the foundation of our identity as Christians.

“Not only does Jesus remind us of this fact, but he asks us to become sharers with him in the mission of proclaiming this truth to humankind.” 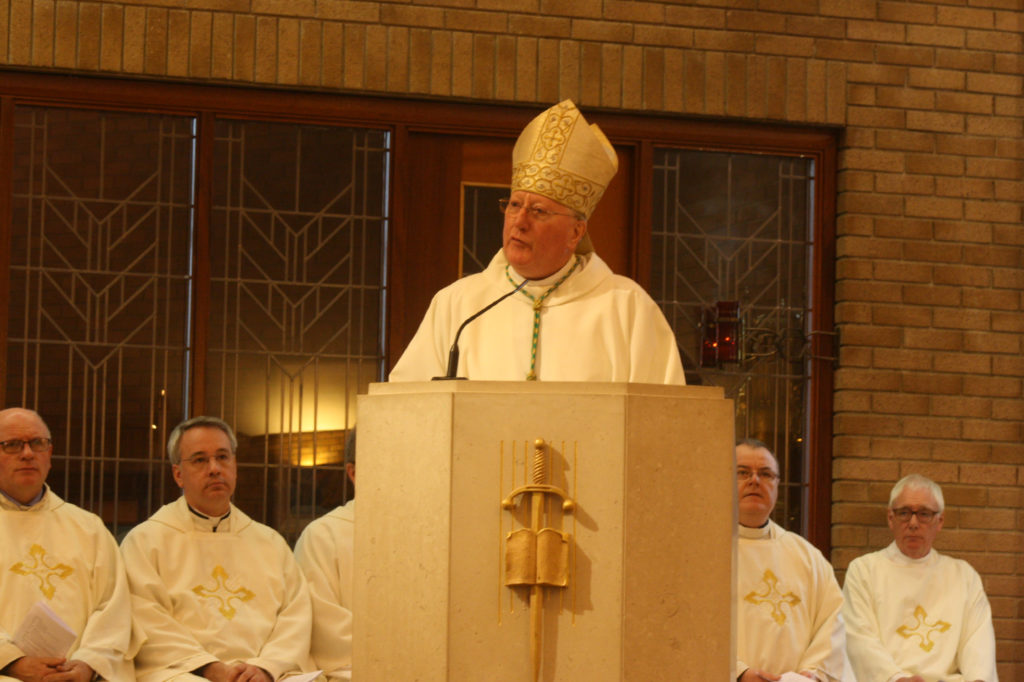 As well as the renewal of priestly promises, the Mass also included the blessing of the Oil of Chrism, Oil of Sick and Oil of Catechumens.

Later, the oils were collected by each priest to be presented at the Mass of the Lord’s Supper in their own churches on Maundy Thursday evening.

The ancient ceremony takes place in cathedrals around the world at the beginning of Holy Week.