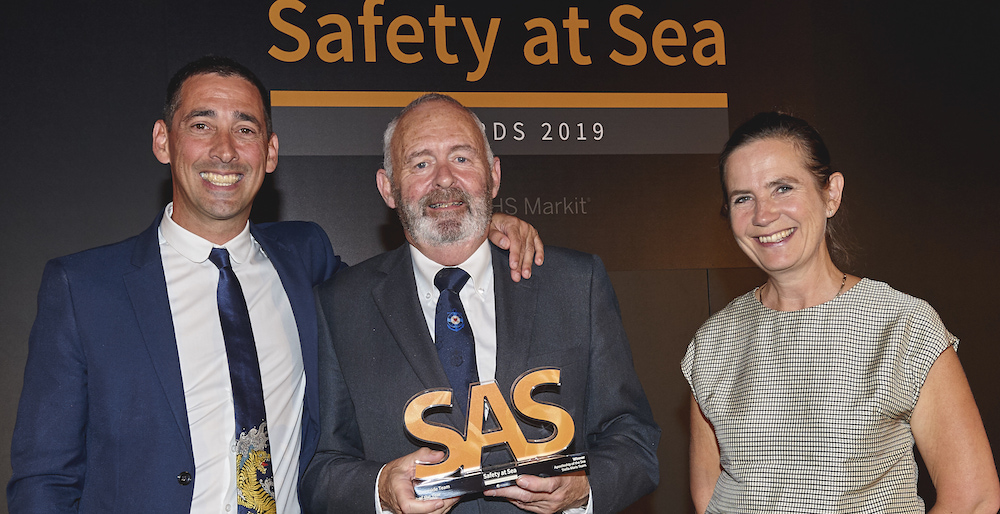 Teesport ship visitors from Stella Maris (Apostleship of the Sea) have won a global award for the work they do supporting seafarers’ pastoral needs and wellbeing.

They were presented with the Shoreside Team of the Year honour at the annual IHS Markit Safety at Sea Awards held during the London International Shipping Week.

Part of the Stella Maris’ ship visiting team led by port chaplain Deacon Peter Barrigan, they saw off competition from global maritime companies, charities and organisations who gathered in London to pay tribute to extraordinary achievements in maritime safety and crew wellbeing.

“Our Stella Maris team in the diocese makes a huge difference to seafarers’ lives,” Peter said. “They’ve become trusted friends to many seafarers who arrive in the ports here.”

It is precisely this trust and friendship gained by North Tees ship visitors Hugh and Mary Ward that resulted in Stella Maris assisting a seafarer whose wife had given birth to premature triplets in the Philippines.

The babies needed urgent medical help, but the family were unable to access free healthcare, which led to thousands of pounds being racked-up in hospital bills.

Hugh and Mary’s intervention led to Stella Maris raising funds to pay off the family’s outstanding debt. The triplets are now healthy toddlers and Hugh and Mary were asked to be their godparents.

“We are in constant contact with the family and every time we speak to them, they can’t thank us and Stella Maris enough for being there in their time of need,” Mary said.

To view a video of the work that Peter and the Tees port do, visit youtube.com/watch?v=k5QpdYfwDL0