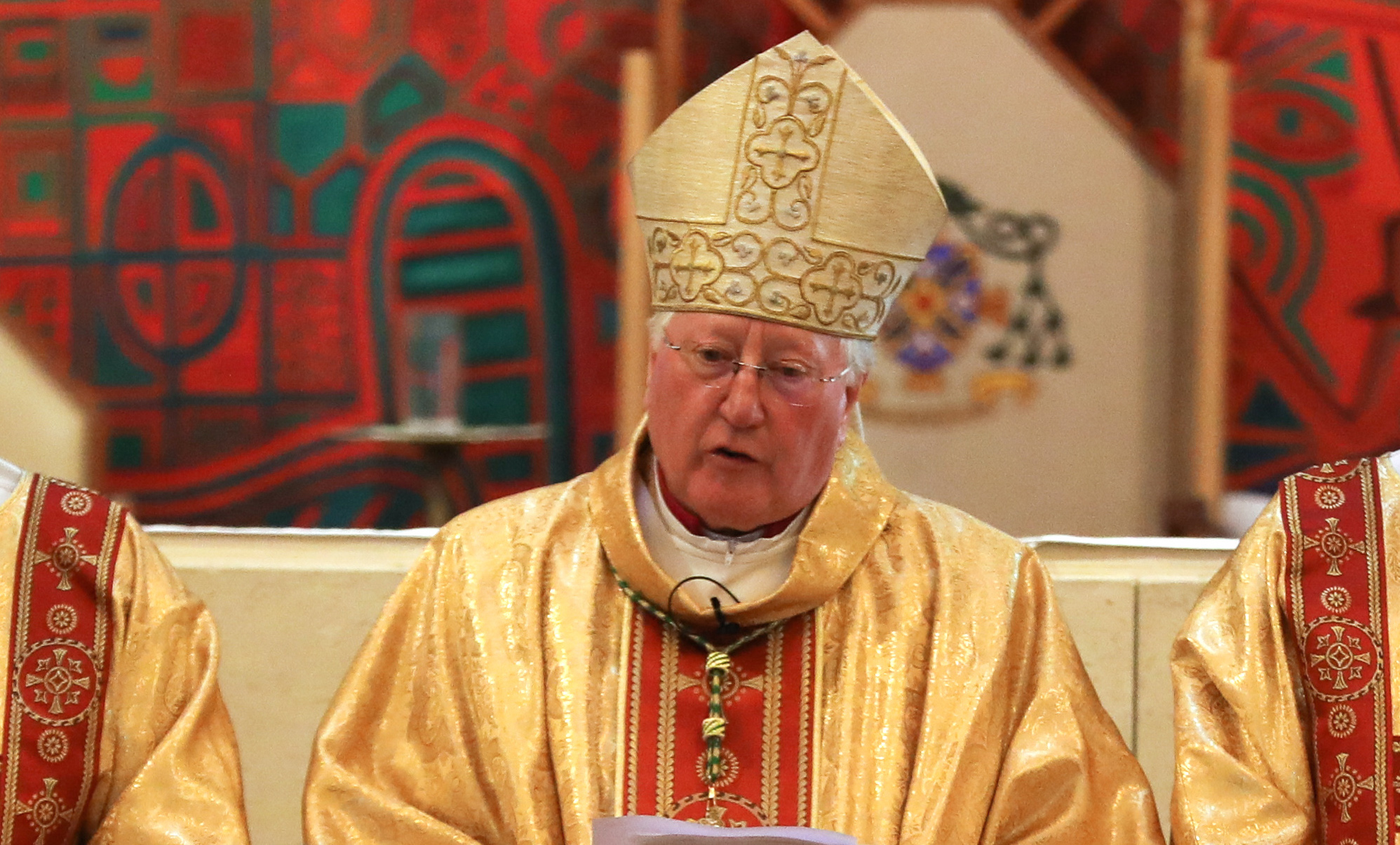 The Consecration of Russia and Ukraine to the Immaculate Heart of Mary will be pronounced by the Pope on the afternoon of Friday March 25 in St Peter’s Basilica.

The act of consecration will be performed in communion with the local churches throughout the world.

The same act, on the same day, will be undertaken by all the bishops of the world.

Cardinal Konrad Krajewski, the papal almoner, will perform the act of consecration at Fatima as the envoy of the Pope.

Bishop Terry will celebrate the midday Mass at St Mary’s Cathedral on Friday March 25, and will pray the consecration prayer during the course of the Mass.

The Mass will be live-streamed and will be on YouTube thereafter so that all can join in either by being present at the cathedral or from their homes.

Pope Francis will consecrate Russia and Ukraine to the Immaculate Heart of Mary on Friday March 25, during the Celebration of Penance that he will preside over at 5pm in St Peter’s Basilica.

The director of the Holy See Press Office, Matteo Bruni, said in a statement: “The same act, on the same day, will be performed in Fatima by Cardinal Konrad Krajewski, papal almoner.”

The day of the Feast of the Annunciation of the Lord was chosen for the consecration.

In the apparition of July 13 1917, in Fatima, Our Lady had asked for the consecration of Russia to Her Immaculate Heart, stating that if this request were not granted, Russia would spread “its errors throughout the world, promoting wars and persecution of the Church”.

“The good,” she added, “will be martyred; the Holy Father will have much to suffer, various nations will be destroyed.”

After the Fatima apparitions there were various acts of consecration to the Immaculate Heart of Mary.

On October 31 1942, Pope Pius XII consecrated the whole world, and on July 7 1952 he consecrated the peoples of Russia to the Immaculate Heart of Mary in the apostolic letter Sacro vergente anno.

On November 21 1964, Pope St Paul VI renewed the consecration of Russia to the Immaculate Heart in the presence of the Fathers of the Second Vatican Council.

Pope St John Paul II composed a prayer for what he called an Act of Entrustment to be celebrated in the Basilica of St Mary Major on June 7 1981, the Solemnity of Pentecost.

In June 2000, the Holy See revealed the third part of the secret of Fatima.

The then-Archbishop Tarcisio Bertone, secretary of the Congregation for the Doctrine of the Faith, pointed out that Sister Lucia, in a letter of 1989, had personally confirmed that this solemn and universal act of consecration corresponded to what Our Lady wanted: “Yes, it was done,” wrote the visionary, “just as Our Lady had asked, on March 25 1984.”