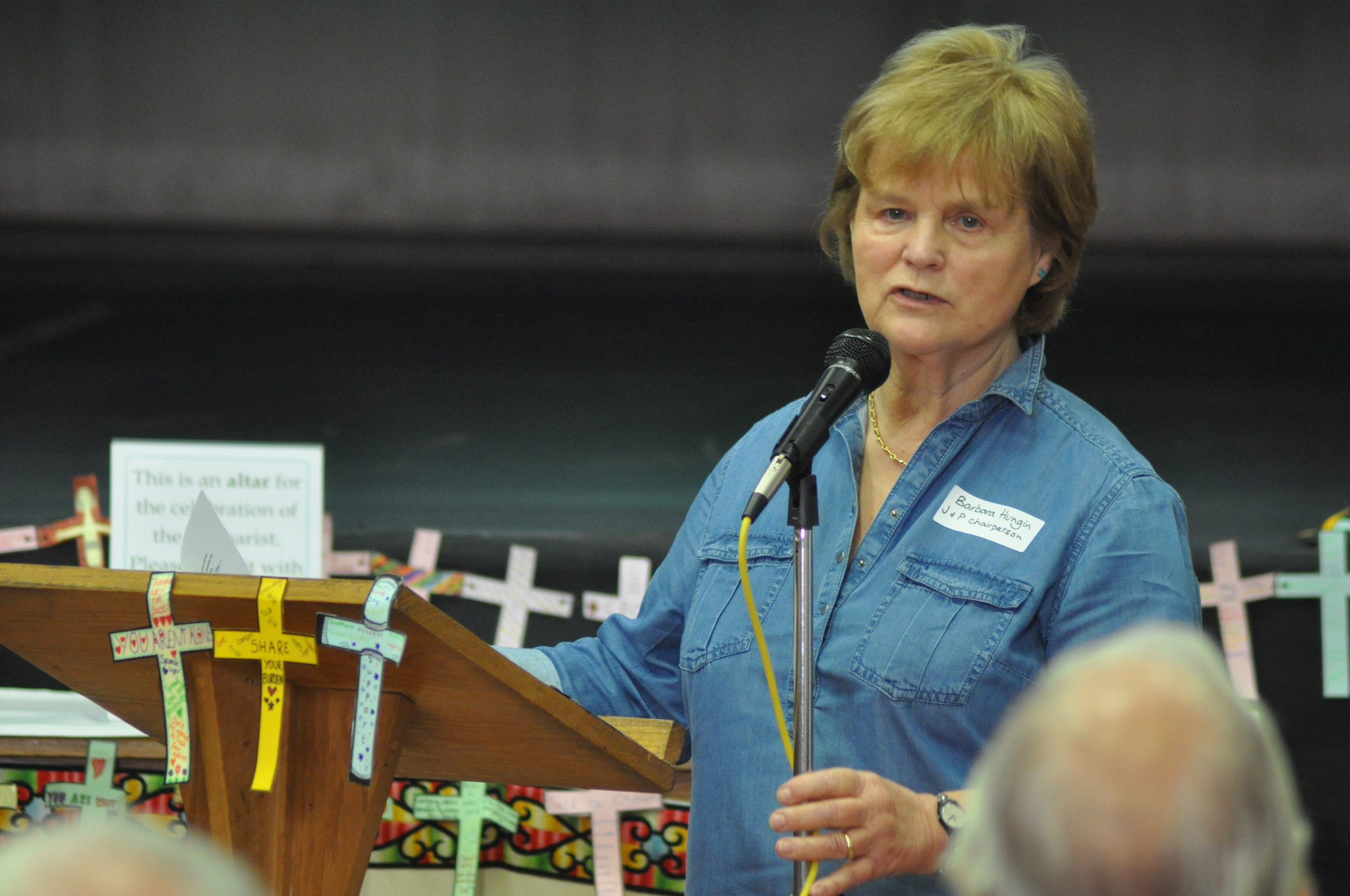 Inspired by Pope Francis’ encyclical Laudato Si’, the Diocese of Middlesbrough Justice and Peace Commission has launched its environment policy at All Saints’ School in York.

The event contributed to activities around the globe for Earth Day on April 22 and the speakers were Ellen Teague of the Columbans and York Central MP Rachael Maskell, a former Shadow Minister For The Environment.

Chair Barbara Hungin, pictured above, said the policy in its colourful, illustrated format would be distributed to schools and parishes throughout the diocese and is intended as a catalyst for action. 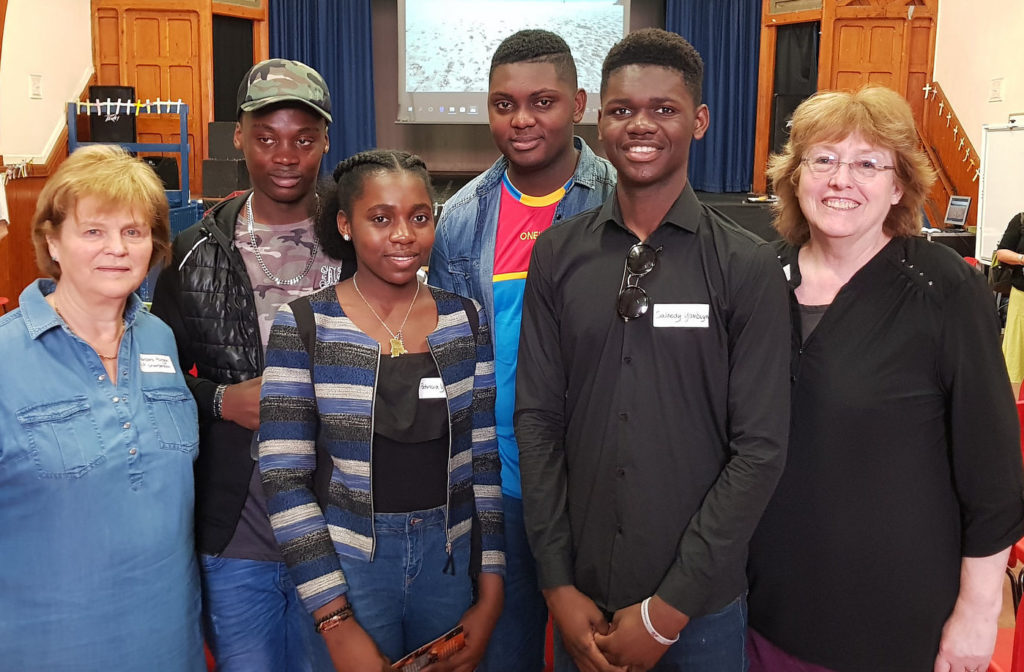 Pictured above with Barbara Hungin and Ellen Teague are four refugee children from the Democratic Republic of Congo, now living in Middlesbrough, who brought to our attention the crisis in their homeland where the tourbiéres, huge areas of peatland containing the equivalent of 20 years of US emissions, are threatened with exploitation and deforestation by Chinese companies.

Ellen Teague took us on a journey around the world, highlighting the fragility and vulnerability of the planet and evidence of the effects of climate change on the very poorest communities. She emphasised the need to make the connections between poverty and the environment. We must, “hear both the Cry of the Earth and the Cry of the Poor” (Laudato Si’ 49)

Our popes have long been leading on this issue of overarching importance. From Pope St John Paul II, who called us to “an ecological conversion”, to Pope Benedict, who installed 3,600 solar panels at the Vatican, and now with Pope Francis, who has made it the theme of his papacy. 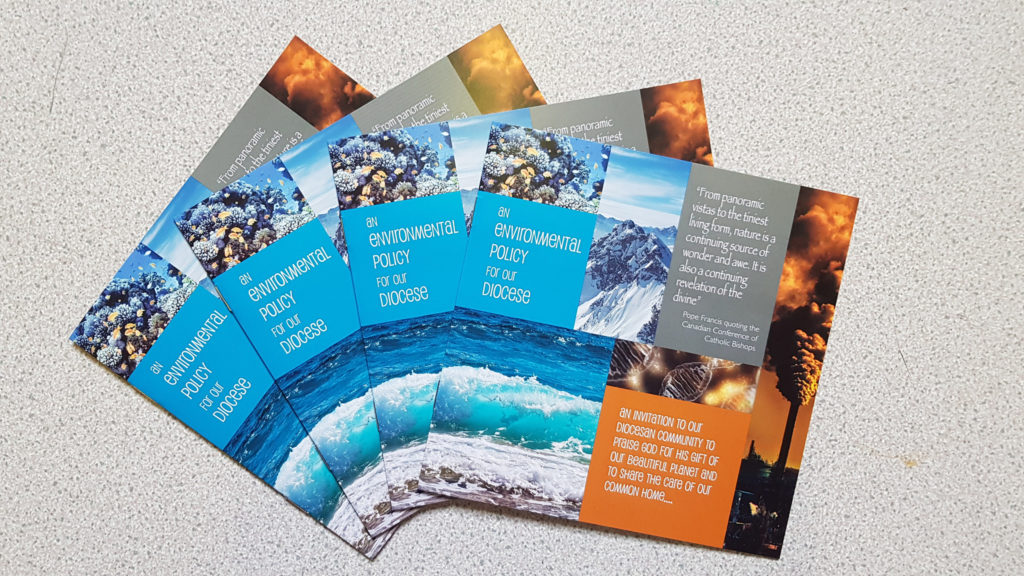 On the day of his inauguration he made this plea: “I would like to ask all those who have positions of responsibility in economic, political and social life, and all men and women of goodwill: let us be “protectors’ of creation, protectors of God’s plan inscribed in nature, protectors of one another and of the environment”.

Ellen countered any inclination to despair with many examples of individuals, schools and parishes where the challenge to take action rooted in faith is bearing fruit, including Live Simply status, recycling, solar panels on church properties, community gardens and tree growing.

She said our liturgies should alert us to the care of God’s creation and that our clergy should be trained in creation-centred theology.

September 1 has been designated by Pope Francis as World Day of Prayer for the Care of Creation, initiating “Creation Time”, running until the feast of St Francis on October 4. All parishes are urged to participate.

Rachael Maskell spoke of our “precious and fragile planet in trouble” and praised the accessibility and wisdom contained in the environment policy. The silence among politicians on the subject is of concern and the churches have a role in provoking them to urgent action.

“Our greed has broken our planet and our need will persuade us to restore it,” she said.

A change in our unsustainable consumer lifestyle is urgently needed to ensure this happens.