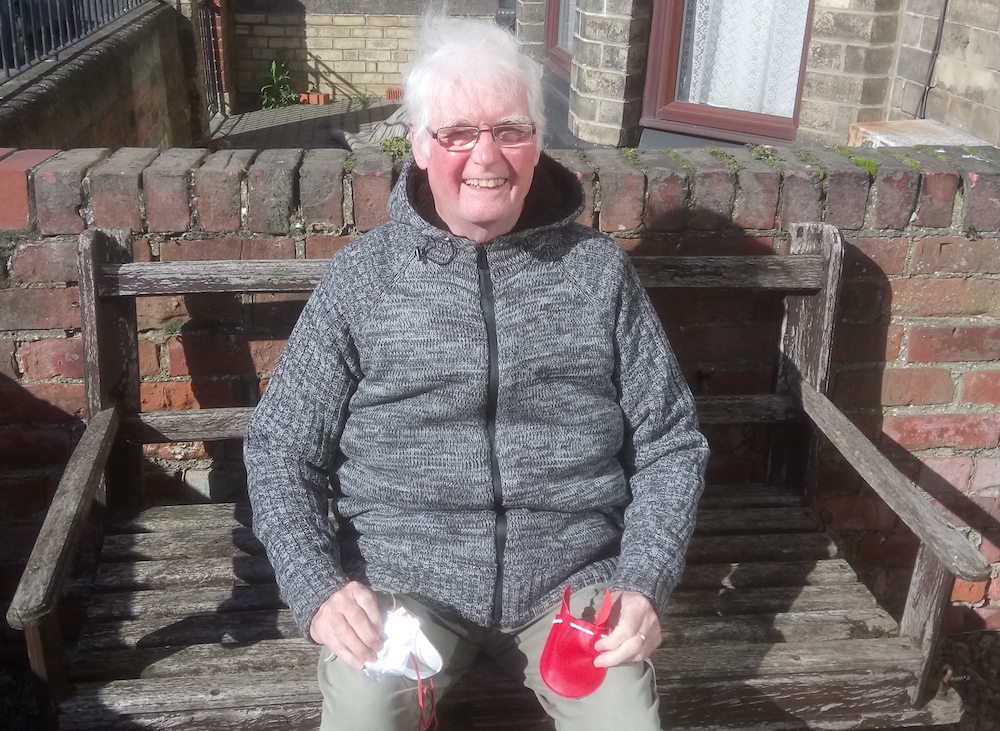 George Robinson’s 40 years of dedicated service to the SVP was recognised on his 74th birthday when he received Maundy Money and a letter from the Queen.

The Sacred Heart, Redcar, parishioner has given up countless hours visiting people in hospital and at home and helping anyone who needs it. He has also been central diocesan president and treasurer.

“The SVP has been a big part of my life,” said George, who was forced to give up his work for the SVP when he began suffering epileptic seizures four years ago.

George is married to Maureen and has four children, seven grandchildren and one great-granddaughter.

“This honour isn’t just for me, it’s for my family and people in the parish who have been in the SVP with me,” he said.

George has served in the SVP in Guisborough and in Ryhope, where he was born, as well as in Redcar.

He also used to grow his hair and beard every year to be Father Christmas, visiting more than 45,000 children over two decades and raised more than £27,000 for charity.

The Queen distributes special Maundy money to pensioners every Maundy Thursday in a service that commemorates Jesus washing the feet of the Apostles at the Last Supper.

Recipients are nominated by their local dioceses for contributions to their local church and community.

The Royal Maundy Service 2021 could not go ahead this year so the Maundy money was blessed at the Chapel Royal, St James’s Palace, before being posted to recipients alongside a letter from the Queen.

The Queen distributes gifts according to the number of years she has lived, so George and 94 other pensioners received 95 pence worth of Maundy money in recognition for their contribution to the community and the church.

The service dates back to 600AD and these special coins have kept much the same form since 1670.

They bear the portrait of Her Majesty designed for her coronation in 1953, even though the image on ordinary circulating coinage has since been changed four times.

Each recipient of Maundy money is given two small leather purses, one red and one white.

In 1572, Queen Elizabeth I carried out the ceremony at Greenwich, distributing cloth, salmon, herrings, bread and claret. It was traditional for female sovereigns to also give away their gown, but Elizabeth I gave money instead to prevent the people from fighting over it.

The coins can be spent but recipients normally choose to keep them.