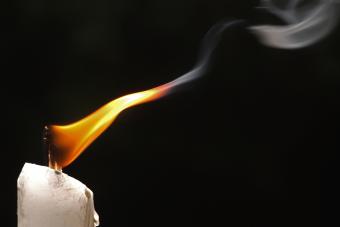 As we look ahead to celebrating the birth of Jesus in Bethlehem more than two millennia ago, BISHOP MICHAEL LANGRISH reflects on the vulnerable Christian communities that remain in the Holy Land and the work of Friends of the Holy Land to sustain them…

Picture a little country church in Warwickshire on the Sunday before Christmas. Two children walk forward to light the fourth candle on the Advent ring. From halfway down the church a little boy is keeping up a barrage of questions to his granny about what’s going on. Finally, as the children go back to their seats, he asks her very loudly: “But, who’s going to blow the candles out?”

Those words have stuck with me, and as year by year I contemplate the situation in the Middle East and pray for Christians in the land of the Holy One, it sometimes seems that the answer to that question: “Who’s going to blow the candles out?” is “almost everyone, and almost every circumstance, time after time after time”.

My father, as a young soldier, was posted to Palestine as part of the British Mandate force in November 1936. On Christmas Eve that year he had his photo taken in Bethlehem, in Manger Square. How different the picture would look, if taken now. The buildings and square itself much the same, but the Christian landscape behind it utterly changed.

Back then, some 85 per cent of the population of the Bethlehem area were Christian. It was still a majority Christian city when I first visited in 1983. The figure is nearer 10 per cent now. In Jerusalem it has gone from 22 per cent to just under two per cent.

Communities have declined and Christians have departed as cold winds have blown out so many of the candles of their historic presence in the land of our faith’s birth. There have been the chill winds of war and conflict, as great powers, including the UK, have permitted the blast of their foreign policies and national interests to stir up the dust of violence and antagonism across the courtyards and souks of the Middle East.

Candles of hope have spluttered briefly and then extinguished as one peace initiative after another has come to nought. The warm glow of faith has become harder to sustain amidst the demolition of houses, the shadows of a great dividing wall, the icy blast of restrictions on movement and economic life.

Tourism and pilgrimages, partner working with Christian organisations and aid agencies, have kept aglow small embers of light and warmth. But then, on top of economic collapse across much of the wider Middle East, along has come Covid 19 to add the force of its own icy breath. “Who’s going to blow the candles out – next?” it may seem most natural to ask.

Yet alongside that little boy’s question, I find myself, in this listening once again to another, and quite contrasting, refrain. It is from that wonderful start to the Gospel of St John, to which we will listen shortly: “The light shines in the darkness, and the darkness has not overcome it.”

There’s a great honesty about that text. The darkness is real, it says. There’s no denial of that. And often there seem to be many forces at work helping to remain so, and yet … yet at the same time it is not victorious, the darkness has not overcome the light; the darkness is not all that there is.

For even in the blackest of despair, glimmers of light do continue to shine – even if it is only the light of outrage and indignation that shouts: “This is not justice, this is not compassion, this is not lived out faith and hope and love, this should not be so, there’s got to be something better than this!”
But then back comes the answer “Yes, there is. The darkness is real but the light shines in the darkness, and the darkness has not overcome it.” Here is something central to what the Christmas story is about.

On one of my very first visits to the Middle East, I was struck by a conversation with the then Greek Orthodox Patriarch, in which we talked about his understanding of the Church’s mission there. He quoted to me two texts from the Pastoral Epistles: “As for you, man of God … hold fast to that to which you were called’ (1 Tim 6.12) and then, “If we endure, we will also reign with him; if we deny him, he will also deny us; if we are faithless, he remains faithful – for he cannot deny himself.” (2 Tim 2.12) “This,” he said, “is central to how we understand our calling, to remain – remain faithful to the scriptures, to remain faithful to the teaching of the Apostles, and so to remain faithful in the land in which God revealed himself in Jesus Christ. In this way, by remaining, we have sought to be faithful to the Mission of God who himself remains ever present, ever drawing his creation to fulfilment in his Kingdom.”

But as the challenge of such remaining and witnessing become even more challenging, in a climate that feels increasingly draughty and chill, how much more is needed the solidarity – in prayer and interest in action and in giving – of their brothers and sisters in Christ, you and me, who find ourselves in so much better circumstances than theirs.

One of the first actions of the young Christian church, as it spread beyond the land of Christ’s birth, was to give practical expression to their newfound faith and fellowship in taking up a collection for the aid of the mother church in Jerusalem and Judea, even then suffering the hardship of famine and disease. This Christmas, Manger Square in Bethlehem will be eerily silent and still. A second Christmas with Covid and without pilgrims and tourists, and so without employment, but with big medical and social needs.

And that is where Friends of the Holy Land comes in. This wonderful organisation exists purely and simply to help to secure a resilient and enduring Christian community in the West Bank, Gaza, Israel and Jordan – the part of the world that Christians call the Holy Land.

We stand, and act, in solidarity with our brothers and sisters in Christ there that, despite all the efforts to dim them, the candles of faith, hope and love, all lit and sustained by the light of Christ, may continue to shine brightly into the darkness of poverty, frailty, insecurity, marginalisation and hopelessness that grips so many in the Holy Land right now.

And what can you and I do as part of that? If you have not already done so, obtain from the charity’s website shop and use this year’s book, Christmas Voices from the Holy Land, published by Friends of the Holy Land, to guide you in your prayer, and again if you have not done so already make sure you register to receive the news and updates of the charity that this prayer and action might continue throughout the year.

And then of course, give – give generously, give joyfully, in response to the loving God who has given so much for me and you: “For God so loved the world that he gave his only Son, so that everyone who believes in him may not perish but may have eternal life” and “that life is the light of all people – the light that shines in the darkness, and the darkness does not overcome.”

Who will keep the candles alight if not you and me?

Christ the Sun of Righteousness shine upon you,

scatter the darkness from before your path,

and make you ready to meet him in the Coming of His Kingdom.

To find out more about how FHL is supporting struggling Christian families, or to donate, visit www.friendsoftheholyland.org.uk/christmas . A donation of £48 could fund three check-ups for a mother or newborn or £100 could help with the cost of a baby’s delivery in Bethlehem. Let’s build hope where Hope was born!

Friends of the Holy Land is an ecumenical Christian Charity (registered charity in England and Wales 1130054) working from an office in Kenilworth, but with groups and supporters across England and Scotland. FHL have been operating for just over 12 years having been founded in 2009 inspired by a Pilgrimage in 2007, a number of returning Pilgrims felt called to do something to improve the lives of Christians living in the Land that is at the root of their faith.

FHL operates an office in Bethlehem to support vulnerable Christians. In addition to meeting their direct emergency needs, when families fall into financial difficulty, FHL’s team in Bethlehem also work with other partner agencies to support vulnerable Christians with medical costs and school fees. Both of which can be very expensive often accounting for as much as a quarter of a normal household’s yearly income.

Friends of the Holy Land has two major projects in Bethlehem, School of Joy providing education and therapy for children with special needs and St Martha’s House which is a day centre for elderly women, mainly widows or those whose family have emigrated. FHL also provide long term support to St Luke’s Hospital in Nablus, by supporting a medical exemption fund for the local Christian population.